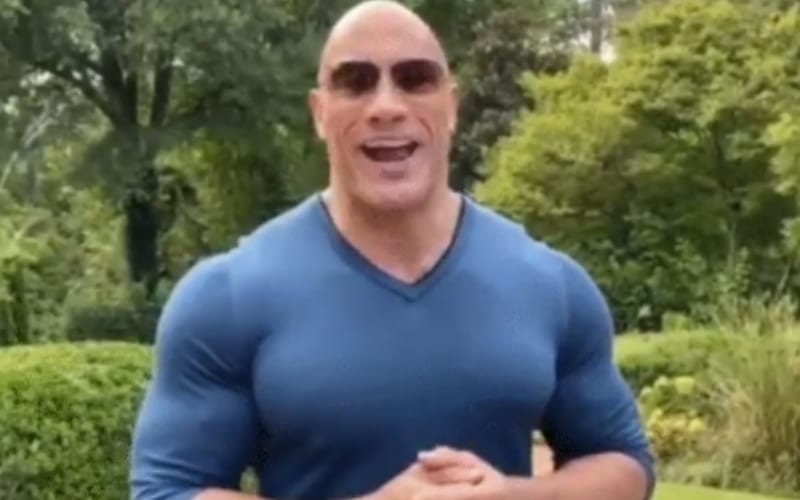 Ken Shamrock was inducted into the Impact Wrestling Hall Of Fame, and he had a very special guest to induct him. The Rock sent in a video to do the honors before Shamrock’s big moment.

In September, The World’s Most Dangerous Man sent out a tweet to The Rock, asking him to provide a vide statement. Dwayne Johnson was happy to oblige, and Impact Wrestling was thrilled to have footage of The Great One.

The Rock said when he thinks about the most defining times in his career, he can count them on one hand. One of those moments was with Ken Shamrock.

“There is one man that I owe a great a great amount of debt and gratitude to, and that man is the World’s Most Dangerous Man, Ken Shamrock.”

Dwayne Johnson explained that when he was first cutting his teeth as The Rock, he needed the best good guy to face, and he found that in Shamrock. He is very grateful for him because Shamrock was in a position where he could have said that he didn’t want to put his body on the line with a guy who was just learning how to wrestle. Johnson said that some people did refuse to work with him, but not Shamrock.