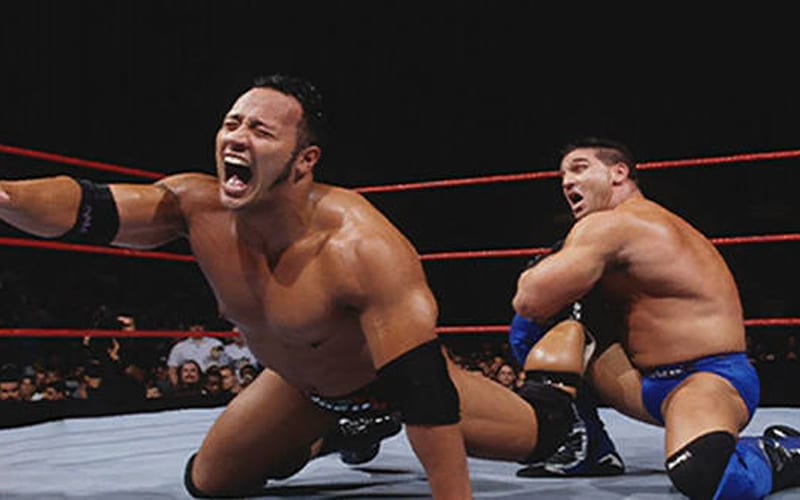 The Rock is set to appear for another pro wrestling company other than WWE, but he won’t be wrestling. Dwayne Johnson will provide a video message to introduce Ken Shamrock prior to his induction into the Impact Wrestling Hall Of Fame.

The World’s Most Dangerous Man will join big names from pro wrestling history such as Sting, Kurt Angle, Jeff Jarrett, Team 3D (Dudley Boyz), Earl Hebner, Gail Kim and Abyss. This is a big honor for Shamrock, and he asked someone special from his past to help.

Ken Shamrock sent out a tweet to The Rock saying that he would be grateful if The Great One would send him a video message to play before he is inducted into the Impact Wrestling Hall Of Fame. Dwayne Johnson replied saying he will take care of it.

Congrats, my brother. Awesome news. I will take care of this and get it to you by this weekend.

We’ll have to see what kind of video The Rock comes up with. He owes a lot to Ken Shamrock for really putting him over in one of his earliest feuds. Shamrock told The Rock to hit him as hard as he could with a chair and he did. Dwayne Johnson giving back in this way is pretty cool of him.

Impact Wrestling will also get to air original content featuring The Rock on their platform. That’s a pretty great deal for them as well.