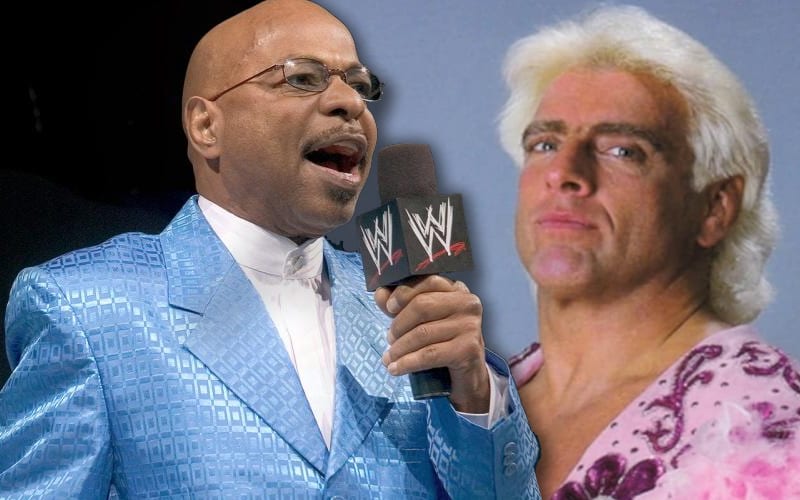 Ric Flair and Teddy Long might need to have a conversation. Flair allegedly called Teddy Long a horrible name, and he has yet to seek forgiveness.

Hannibal TV recently spoke with Teddy Long. The WWE Hall Of Famer was asked if Ric Flair ever apologized to him for calling him the n-word. Teddy Long put out that story a while ago.

Teddy Long said that Flair hasn’t apologized before he went into some more detail about the events that led to The Nature Boy using that racist word against him.

“No… I don’t think he [has]. If he had, I wouldn’t — no he hasn’t but, here’s the thing about that, sometimes people don’t apologize, like come up to you and say, ‘I apologize.’ Sometimes they can speak to you or maybe try and hold a conversation with you to let you know in so many words, ‘Hey, I’m sorry about that’ but like I said, I ain’t never really expected that and I don’t really care because I put that all behind me. I was able to make it and I was able to show people that had that negative [feeling] about me and said that I would never make it and that I had no talent, I was able to prove them wrong so, that was good enough for me so I don’t need no apology, you know what I mean? But like I said, I’m just telling the truth. It is what it is. That’s what happened.”

“Well, like one time in Knoxville, Tennessee I think and I remember there were some girls trying to come into the back door, getting in the back of the arena and then I think he was maybe at that door and they said some girls threw me under the bus. I don’t even know who they were. I’m refereeing, I don’t know these people, and they said that they used my name and said that I told them that they could come in or they [could] come to the back door or something like that, and so he runs into me and the next thing I hear, he says to me, ‘[Racial slur], do you like working here?’”

Teddy Long did like working in WCW to a certain extent, but he didn’t know anything about the girls who used his name to get in. We’ll have to see if Ric Flair reaches out to apologize, but there’s no time like the present.