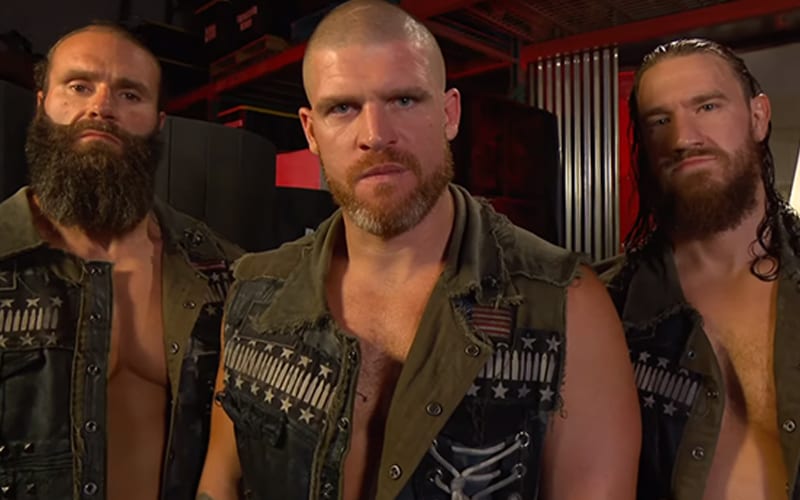 The Forgotten Sons had about a month on the main roster before Jaxson Ryker sent out a pro-Trump tweet during the height of Black Lives Matter protests. They were pulled from WWE television and a SmackDown Tag Team Title run was nixed.

Now they are sitting at home. Jaxson Ryker’s name no longer appears on the roster sheet, but Steve Cutler and Wesley Blake are also nowhere to be seen.

While speaking to the ‘Borne to Battle’ podcast, Steve Cutler was asked when the Forgotten Sons will be back on television. He said it’s all about being patient because he has no idea when their time is coming again.

Cutler seemed hopeful that their time is coming. The big question is whether they will return as a trio. We’ll have to see what’s next for the Forgotten Sons, but fans might not want to 100% forget about them just yet.