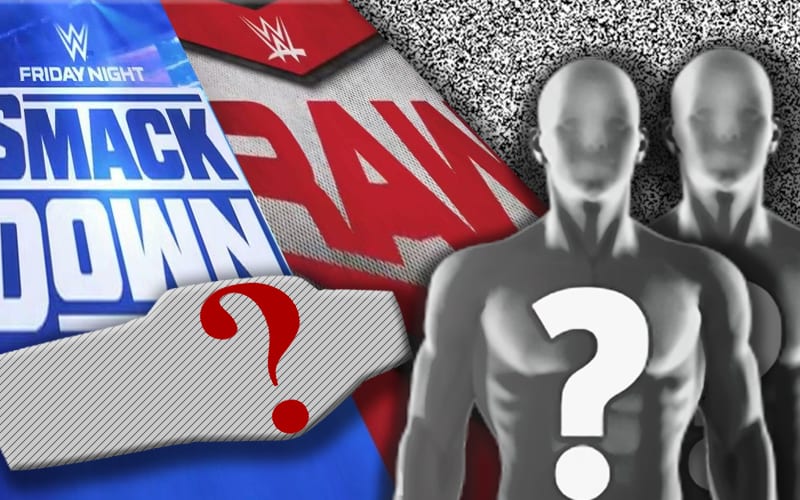 WWE has a lot of plans in motion, but the outside world can sometimes cause them to change things. Sometimes a Superstar’s actions creates a need for WWE to pull the plug on an angle. That is what happened with the Forgotten Sons.

Wesley Blake, Steve Cutler, and Jaxson Ryker debuted on SmackDown, and they were getting a push. The Usos going out of commission with Jimmy Uso’s knee injury created an opening for The Forgotten Sons to step in and get a big spotlight.

Then Ryker tweeted out his support of President Trump during a very volatile time as Black Lives Matter protests were sweeping the nation. This tweet was not received well at all and the entire faction disappeared.

During Wrestling Observer Radio, Dave Meltzer said that WWE was planning to put the SmackDown Tag Team Titles on the new team from NXT. Then Ryker’s tweet destroyed any hope of that happening.

“They were gonna get the tag team titles and now we haven’t seen hide nor hair of them and I don’t know if we will. That was an unfortunate tweet for sure.”

This is unfortunate, but it created a new SmackDown Tag Team Title run for New Day. Now Shinsuke Nakamura and Cesaro are holding those titles, and they currently don’t have a match at SummerSlam. Hopefully, WWE will be able to squeeze them into Payback since they only have one match booked for that August 30th show.

We will keep an eye on this situation to see if we hear anything new about the Forgotten Sons.