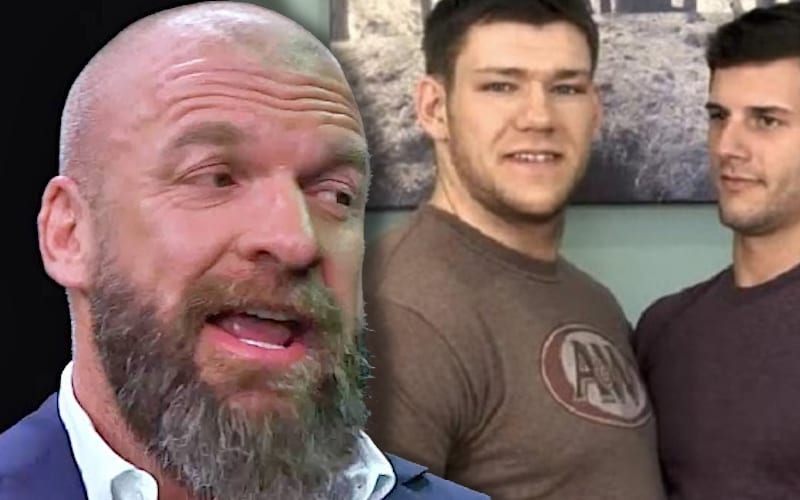 Lars Sullivan made his return to SmackDown this week. His name will be included in the Draft Pool on Monday. The Freak brought a lot of attention this week, and his past was not forgotten about either.

While Sullivan was injured, fans uncovered that he used to perform as “Mitch Bennett” in a number of homoerotic films. This was something that Triple H obviously paid attention to because he got a reference pretty quickly.

A Sasha Banks fan account tweeted out that their “favorite Lars Sullivan match is” and then they posed a screenshot from that adult film. Triple H saw that tweet and he smashed the like button.

The Game hit the like button again to take his nod of approval off the tweet, but it wasn’t until after a screenshot was taken to show all that The Game thought was funny. You can check out the tweet below.