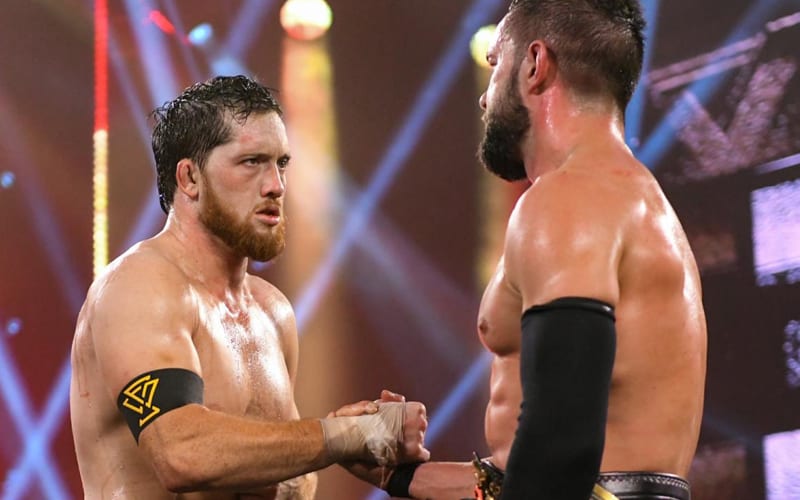 Kyle O’Reilly went through a war against Finn Balor at NXT TakeOver: 31. He is out of action, but WWE isn’t talking about what his issue is.

Click here for our full coverage of NXT TakeOver: 31.

During Wrestling Observer Radio, Bryan Alvarez and Dave Meltzer discussed the TakeOver main event and the injuries to both competitors. It was said that Finn Balor’s busted jaw isn’t as bad as it seems. This was not the case for Kyle O’Reilly because WWE isn’t talking about his injury.

Alvarez said that when WWE isn’t talking about an injury that generally means it’s a concussion. We’ll have to see what the diagnosis is, but there has been no official word about O’Reilly yet.

WWE takes concussions seriously and they have a strict protocol. Kyle O’Reilly and Finn Balor really took it to each other at TakeOver: 31. Hopefully, O’Reilly will be back in action very soon.