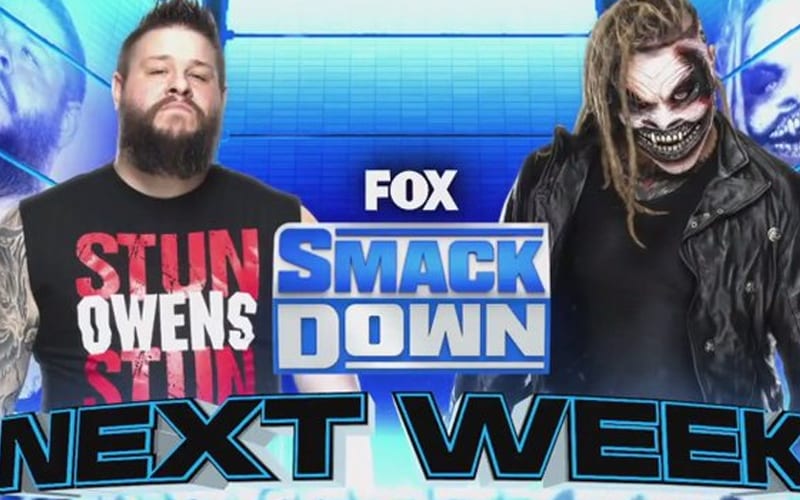 WWE booked a huge show for next week. Not only will the WWE Draft be going down, but they have a lot more in store.

Sasha Banks will get a chance to take Bayley’s SmackDown Women’s Title next week. The Boss came down and made the challenge very clear and it was made official.

The Fiend will also compete for the first time ever on SmackDown. Bray Wyatt’s alter-ego will take on Kevin Owens next week. This is happening after Wyatt took out Owens this week.

Big E and Sheamus will put their feud to the test next week and it very well might blow-off that rivalry. The two Superstars will battle in a Last Man Standing match.

Otis is also slated to represent himself in court as he faces off against The Miz in a legal battle with the Money In The Bank briefcase on the line.