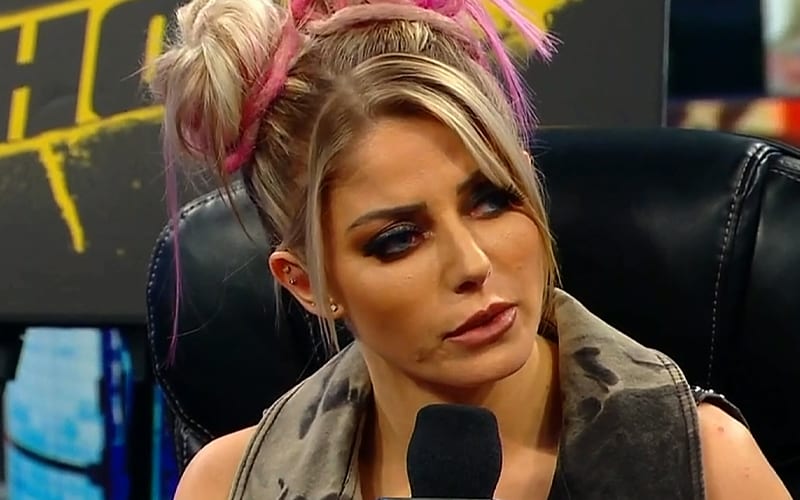 Alexa Bliss and The Fiend’s story continued this week, and it took a very violent turn. Bliss also admitted that she is brainwashed, but that’s not a bad thing for her.

Alexa Bliss was a guest on the Kevin Owens show this week. She said that people fear what they don’t understand. Bliss said it’s terrifying and captivating at the same time to be The Fiend’s presence. “Your spine goes cold and when he looks in your eyes it’s like he’s looking through you, and you can’t look away.” Bliss then said that Owens doesn’t know what that’s like.

Owens said it’s like Bliss is brainwashed, and she said “yes my brain has been washed, all the lies have been washed away and now I see the truth.” Alexa Bliss said she’s been “cleansed” by The Fiend.

Kevin Owens then asked if “he’s here.” Bliss said “he’s here, he’s everywhere. I can feel him now. Let him in.” Suddenly, the lights went out and Wyatt’s Fiend appeared with a Mandible Claw on Kevin Owens.

The segment ended with Bliss watching on with a deadpan stare as Wyatt muscled Owens to the ground with his fingers down his throat. Then The Fiend got up and looked at Bliss while they gave off a very creepy vibe.