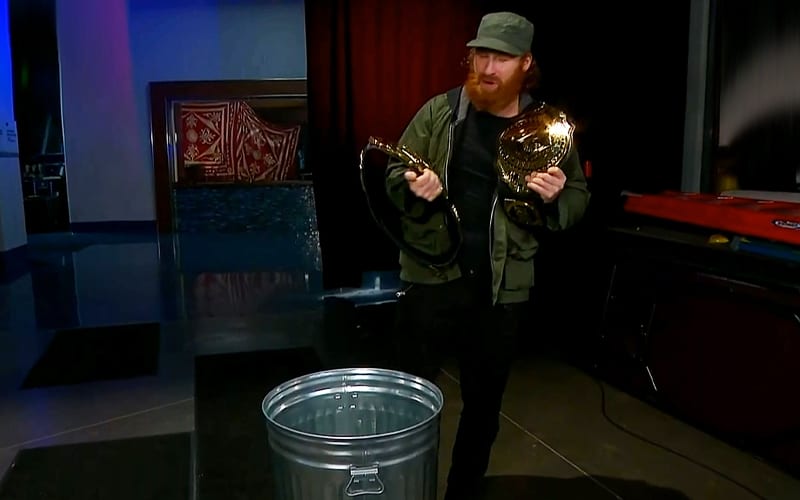 Sami Zayn returned to WWE and he claimed what he saw as rightfully his. He took time off to quarantine during the pandemic, but he won the big triple threat ladder match at Clash Of Champions Gold Rush to become the Undisputed WWE Intercontinental Champion. He celebrated in a very unique way this week on SmackDown.

WWE SmackDown featured a backstage promo segment with Sami Zayn. He had both of his titles with him, but the segment concluded with one in the garbage.

After cutting a fiery promo, Zayn trashed the IC Title he won from Jeff Hardy. Those two were scheduled to face each other later in the night with the title on the line. If Hardy wins the match he will need to fish his title out of the trash bin.