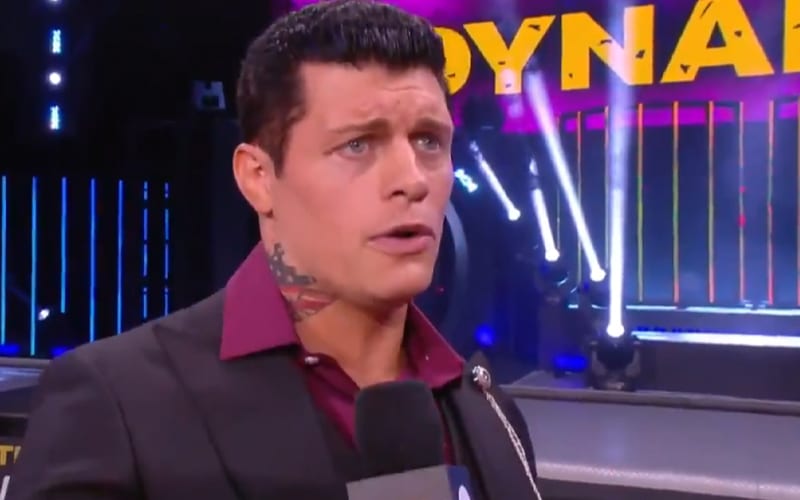 Cody Rhodes cut a passionate promo on AEW Dynamite this week. He accepted Brodie Lee’s challenge for a dog collar match, and he wrapped that around a deep promo that tried to dive into the American Nightmare’s mind. It didn’t quite work for Jimmy Korderas.

Former sports entertainment referee Jimmy Korderas weighed in with another Reffin Rant recently. He’s already invested in Cody, but that promo seemed to miss the mark.

“Cody Rhodes, I’m invested in him. I love it when he’s on the mic, I love his talking, but last night I felt like he was trying to be too introspective, too mysterious, too cerebral and in doing so lost direction several times in his promo bringing up things that made no sense.”

Korderas also said that Cody bringing up that he is an EVP of AEW was also a distracting point in his promo. In the end, Cody did get the point across that he accepted the dog collar match against Brodie Lee next week and that could be an extremely violent contest.