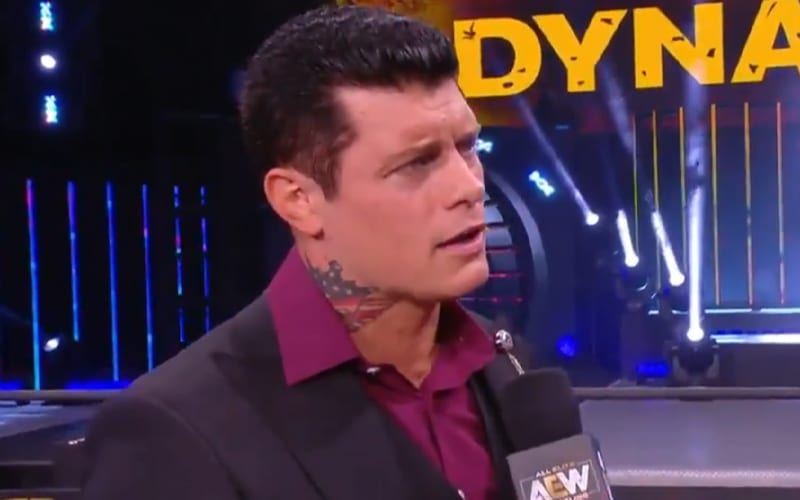 Cody Rhodes spoke about training with Al Snow. He was told while training that you always wrestle hurt, you never wrestle injured. Then Cody said he should have asked whether that injury was talking about the physical or the mental.

Rhodes said that he left AEW for a bit to film his new show The Go Big Show. Then he said as he sat next to the stars on that show he wondered who he was. “I was the guy who lost in three minutes,” he said.

When it came to accepting Brodie Lee’s challenge for a dog collar match, Cody Rhodes said “no.” It is just too unsafe and bloody of a match. He gave that no, and then he left the ring. Then he returned and accepted that dog collar match for next week.

Brodie Lee came out next and rushed the ring. They had a brawl to hype things up and there was a massive pull apart.