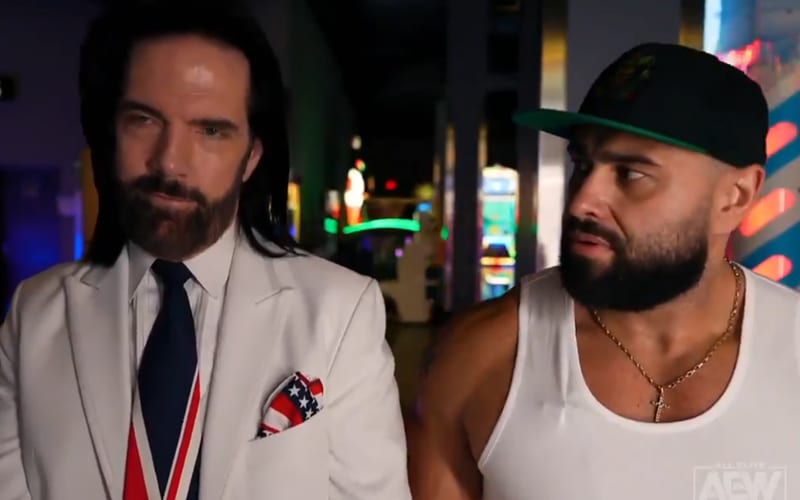 Miro is the Best Man in AEW, and he needs to find the perfect spot for a bachelor party. He went scouting at a video game arcade during Dynamite this week. Some gamers would recognize a special guest who happened to pop up.

Miro uploaded a few videos of his video arcade scouting exhibition with Kip Sabian. They actually didn’t have the easiest time with that axe-throwing game in real life. Then an unexpected guest appeared and offer Miro a great idea about how to have a wild time.

Billy Mitchell showed up and offered Miro some advice. He didn’t reveal what he had in mind, but it was apparently supposed to be “rumspringa crazy.”

Mitchell is the man who rose to national fame in the 1980s with his achievement in Donkey Kong, Pacman and a wide array of other arcade games. He is known as the King Of Kong. He also drew some controversy in recent years when some of those records including his Donkey Kong score were called into question. He maintains the legitimacy of his records. Now he’s on AEW Dynamite and we have no idea what Miro has in store.

Both Miro and Kip Sabian are huge video game fans. They have popular Twitch channels. We’re not sure what the connection is just yet, but Billy Mitchell is a charismatic character who should be fun to watch in this role.