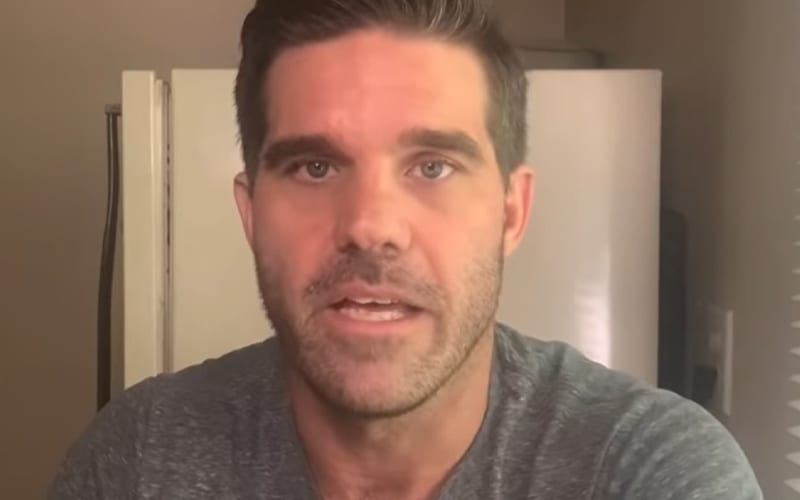 Joey Ryan was called out during the #SpeakingOut movement by multiple individuals. He was released from Impact Wrestling and lost a ton of work. Now he is taking three women to court who were a part of those allegations.

Joey Ryan has denied all allegations against him. He released a lengthy video explaining these accusations in detail and we invite you to watch it here. He also claimed to have evidence to prove his innocence.

Ryan is suing three women who made allegations against him. He is seeking a multi-million dollar judgement This lawsuit was filed on September 24th according to Heel By Nature and it follows up Ryan’s words where he said that a lawsuit of this kind was in consideration.

Joey Ryan is claiming that the #SpeakingOut allegations caused damage to his reputation and livelihood as he claims the accusations are false. Ryan is also claiming that he lost “upwards of $20,000 in monthly income” from his bookings, merchandise sales, and other streaming ventures on Twitch. He also lost out on Cameo and Patreon money.

As to all of the defendants’ conduct above and below described, specifically since defendants have published their statements on social networking sites, Plaintiff has

* Lost followers on his Twitter account of at least 11,000 followers and is no longer getting 1,000 followers per month as Plaintiff was prior to defendant’s statements;

* Lost followers on his Instagram account at least 8,000 followers and is no longer getting 1,000 followers per month as Plaintiff was prior to defendant’s statements;

*Lost revenues from Bar Wrestling in the amount of $1,500.00 per month from distribution and streaming services and $2,000.00 per event with two events per month;

*Lost revenues from merchandising in the amount of $1,000.00 per month;

*Lost revenues in his Cameo account in the amount of $500.00 per month;

*Lost revenues from Twitch account in the amount of $1,000.00 per month plus subscription shares and tips from subscribers;

The #SpeakingOut movement took place in June which was well after the pandemic swept America and shut down indie wrestling. It’s hard to see how he will get everything he is asking for in regards to lost bookings, but Ryan’s lawsuit does outline what he is asking for as a judgment.

Award Plaintiff $200,000.00 in economic damages as to each of the defendants or the amount lost by Plaintiff as a result of defendant’s conduct multiplied by the months from June 21, 2020 to the date of the award of economic damages;

Joey Ryan is not the only individual who is taking his #SpeakingOut accuser to court. Matt Riddle also filed a lawsuit against his accuser Candy Cartwright.

The #SpeakingOut movement sought to create a safe space in the pro wrestling world. This lawsuit might have to prove that these claims are false. We will continue to monitor this ongoing situation.