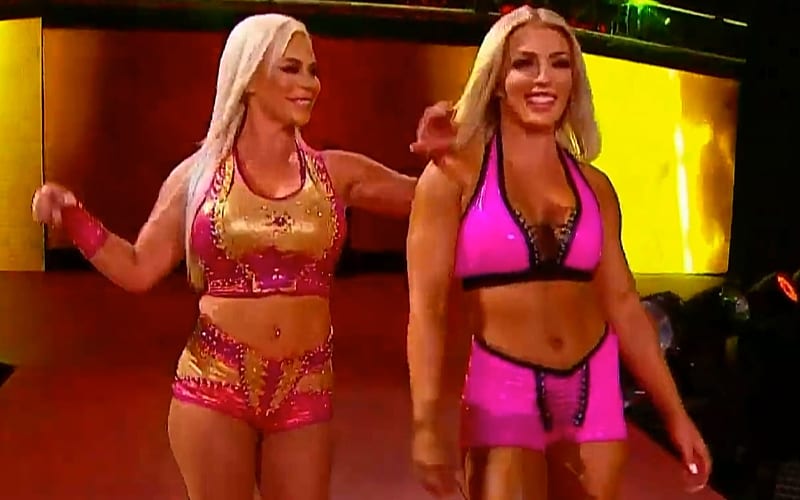 WWE has a Draft coming up in just a few weeks, but they brought over two women from SmackDown to Raw this week. Mandy Rose was already announced for a Raw move, but Dana Brooke joined her this week.

Lana and Natalya aren’t happy about not getting a WWE Women’s Tag Team Title shot. They took to the microphone and complained about being passed up and they demanded that Shayna Baszler and Nia Jax relinquish their titles. Then their opponents arrived after an introduction from Adam Pearce.

Mandy Rose made her return to Raw and then Dana Brooke joined her. Both moved over to SmackDown, but nobody was traded over to the blue brand from Raw. Rose and Brooke won their match with The Golden Goddess getting the pinfall.