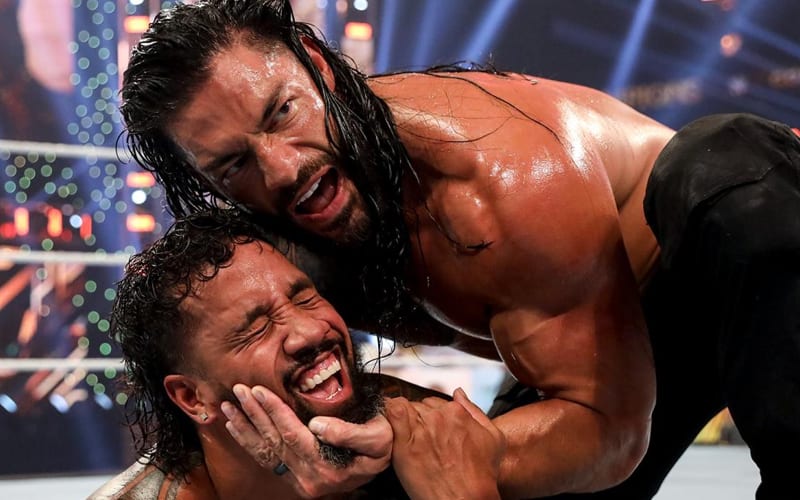 Roman Reigns’ new character in WWE is unlike anything the Big Dog has played in the company before. He described himself as a mob boss who does his own hits. Last night at Clash Of Champions Gold Rush, Reigns took out his cousin Jey Uso.

Vince McMahon isn’t a big fan of MMA. During Wrestling Observer Radio, Dave Meltzer noted that the “ground and pound” elements from the Universal Title match at Clash Of Champions Gold Rush was not Vince McMahon’s call.

“When Roman Reigns was doing that ground and pound I know that’s Heyman because Vince McMahon doesn’t think like that. Like, that’s not Vince McMahon, but I mean I’m sure that there are a lot of aspects that are [in the match] and I’m sure Roman has a lot of input in this as well, but it was really well done.”

Ringside News exclusively reported that Vince McMahon trusts Paul Heyman. This is evident when he allows certain spots to make it in The Tribal Chief’s matches that McMahon would normally never green light.