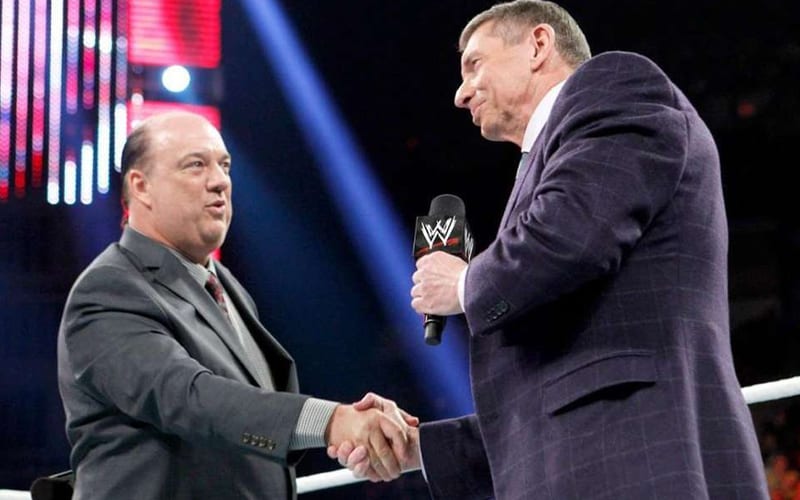 Paul Heyman returned to WWE television as Roman Reigns’ new Chief Counsel. Reigns is now the Tribal King and how things have gone for him so far is mostly thanks to Heyman.

It was previously exclusively reported how much input Paul Heyman has in Roman Reigns’ storylines. Vince McMahon doesn’t let just anyone have so much influence on his company’s product.

Ringside News has learned that Paul Heyman was the designer of “most of all of Brock Lesnar’s storylines and matches.” It doesn’t just apply to one angle. Heyman has been behind practically every part of it. Heyman has a new client now, and it is the same story backstage for Roman Reigns.

A tenured WWE writer with close knowledge of the situation also told us that Vince McMahon respects Paul Heyman’s creativity. This was something that McMahon even mentioned during WWE’s quarterly investors’ call. That wasn’t just a line for the stockholders.

Heyman’s influence is not as a member of the creative team. He is there and able to contribute so much because Vince McMahon respects the ideas he brings to the table.