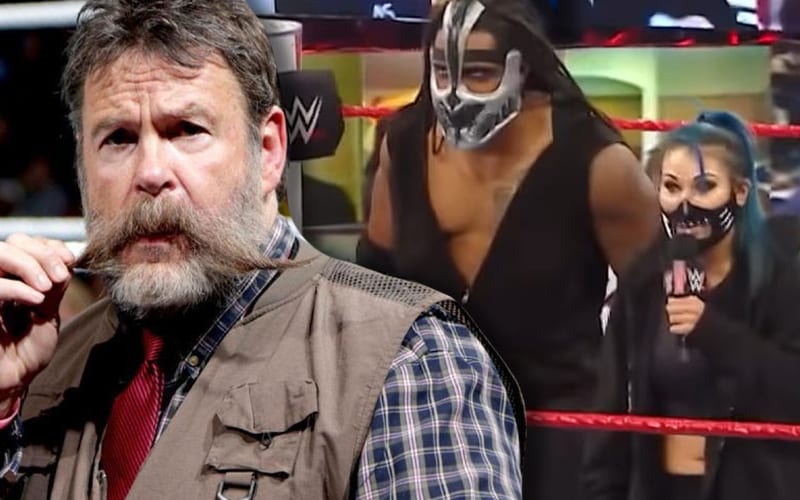 WWE hired Retribution to destroy their company. That doesn’t make much sense to Dirty Dutch Mantel. The former Zeb Colter had to fire back at T-Bar’s reasoning.

T-Bar has been quote active on Twitter since Retribution’s recent storyline evolution. He tried to explain that WWE hired them because it saved them money for all the security guards they kept taking out.

Mantel isn’t buying that excuse. He also called out WWE’s writers for not developing this premise.

So WWE signed contracts with people who have vowed to destroy the company? WTF?? Talk about making zero sense. The writers might need to work on that premise a bit more. WWE

WWE is booked by Vince McMahon and Retribution was something he came up with on a whim. It has evolved every week and changed as well. This week Vince McMahon decided on five names and registered those trademarks. It happened as quickly as that. Dutch Mantel might have a valid argument, but it’s not all the writers’ fault.