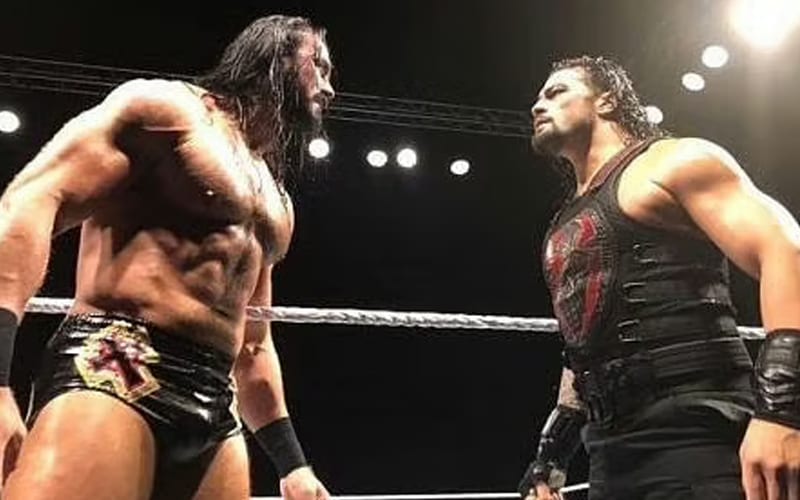 WWE has two top champions on the main roster, but Drew McIntyre is interested in putting it all on the line to determine who is superior.

While speaking to Vicente Beltrán of ViBe & Wrestling, Drew McIntyre said that he wants a match against Roman Reigns. He explained that WWE has several titles, but he would love to step in the ring with the Tribal Chief to determine who is really the most dominating.

“If I could only have one title I would like to have a super match with Roman Reigns for the Universal Championship and create a dominating champion; that would be a tremendous match.  Roman is the guy who has proven his worth for many years and even though now he has had a short period of absence but it has returned with a different attitude, a new look, bigger and stronger than he ever was and he still has a talent for framing and that’s what I want to show, that I can be the Superstar that he is and it is inevitable that in the future we will have a match between Drew McIntyre and Roman Reigns, title versus title, that would be the biggest match.”

The Spear vs The Claymore Kick does sound like a big fight, but it might not happen with both of them as champions. Randy Orton is odds-on favorite to defeat Drew McIntyre at Clash of Champions in an ambulance match that could include some gimmicks and stunts along the way.