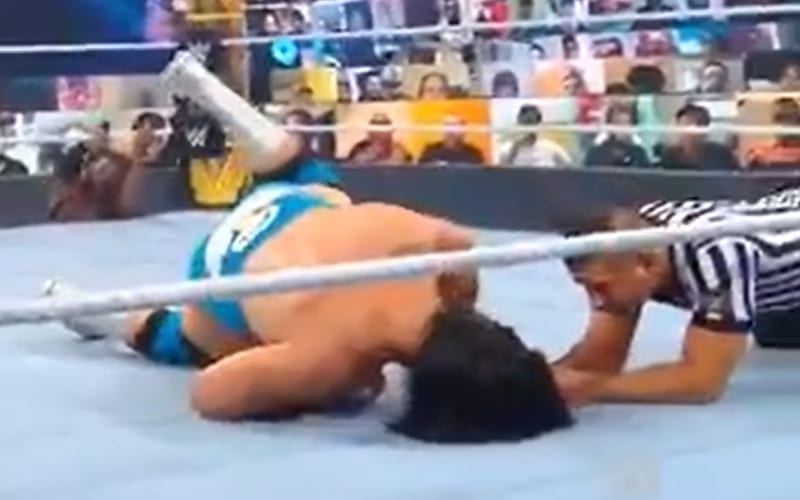 The Street Profits retained the Raw Tag Team Titles at Clash Of Champions Gold Rush. The end of the match was controversial as it appeared that Andrade kicked out. Angel Garza was injured, and now we have an update.

Garza was injured during Clash Of Champions. The referee threw up the dreaded X and the match ended awkwardly.

During Clash Of Champions Gold Rush, it was reported that Garza possibly injured his leg. PW Insider has updated their previous report to say that it is now believed to have been his hip instead.

The belief among sources PWInsider.com has spoken with is that Angel Garza’s injury during tonight’s WWE Clash of Champions PPV was actually related to his hip, not his leg.

The belief is that Garza’s injury might not be as bad as they originally feared. That is good news, but it still appeared to have prematurely ended their match.

Keep checking back with Ringside News as we continue monitoring this ongoing story.