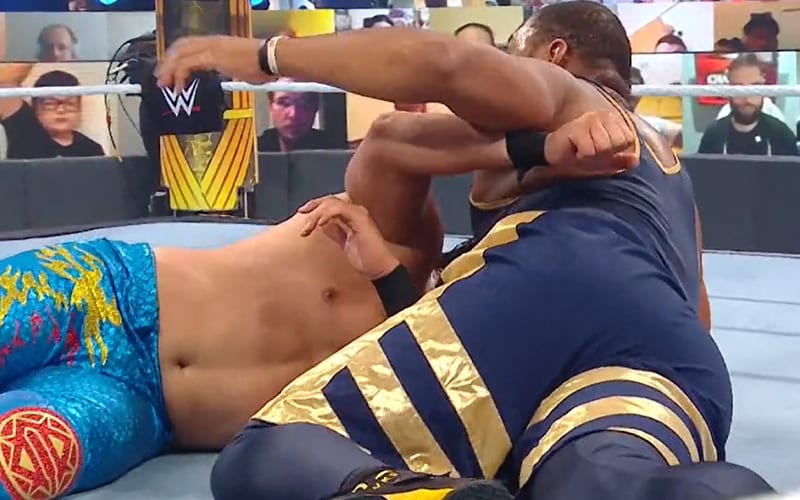 WWE Clash Of Champions was rolling along and the Street Profits successfully defended their Raw Tag Team Titles against Andrade & Angel Garza. This wasn’t without controversy.

The Street Profits won via pinfall, but it appeared that Andrade kicked out. The referee counted to three anyway. The commentary team also called attention to this during replays.

They cut to a shot of Angel Garza as he laid on the outside of the ring. Ringside medics were all around him and tending to Garza as he remained on the floor. We have heard no official word on Garza’s condition, but the Street Profits are still Raw Tag Team Champions.