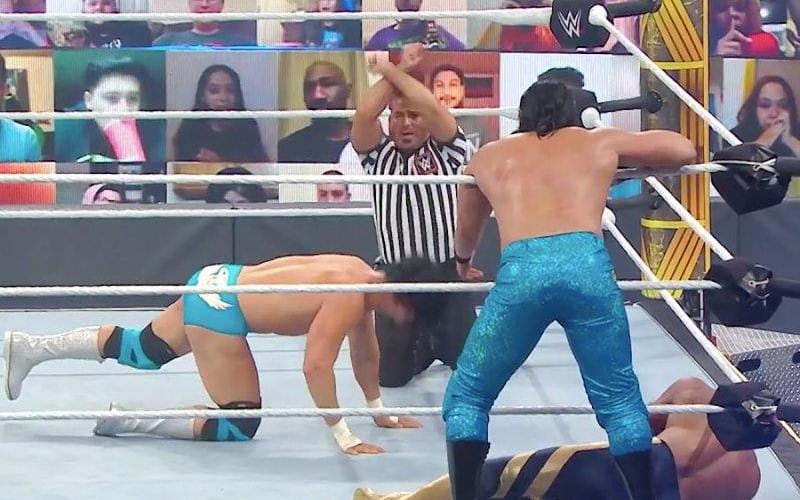 WWE’s Raw Tag Team Title match ended in controversy and an injury. Now we have an update on Angel Garza.

Click here for our complete coverage of WWE Clash of Champions Gold Rush.

PW Insider reports that Angel Garza’s leg injury was 100% real. There is no status update at this time, but he is being checked out by the WWE medical team.

Angel Garza 100% suffered a legitimate injury to his leg while competing tonight. It appeared the injury came as Garza connected with a knee strike to Montez Ford.

We will continue to monitor this ongoing story right here at Ringside News. Hopefully, this isn’t something that will keep Garza out of the ring for long.