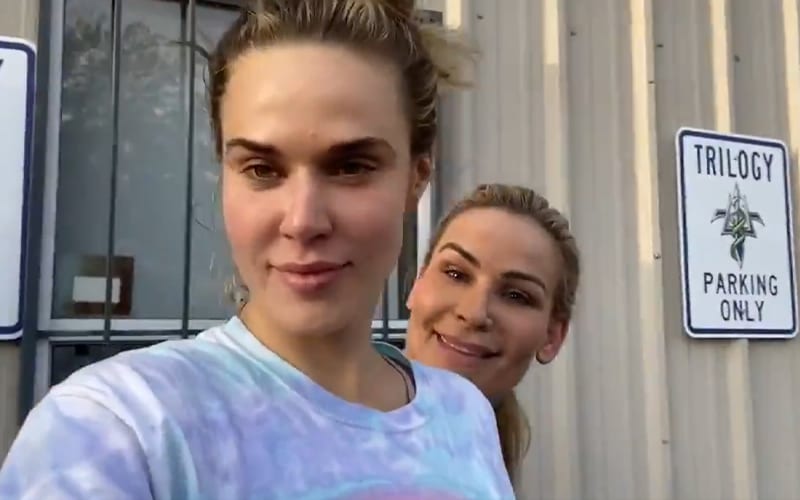 Lana was given a unique opportunity for the past two weeks on WWE RAW. She went through the announce table on two consecutive weeks. She wants to prove that she is tough and the BOAT just like Natalya, and they’ve been training hard.

The Queen Of Harts and Ravishing Russian work closely with each other outside of WWE’s television tapings. They recently uploaded a video after a training session and Lana brought up that Natalya busted her lip.

Lana was also apologetic for looking “crazy” with no makeup on, but she was training and not ready for camera. The two are obviously rooting for each other to succeed and Nattie is doing her best to help Lana along.

. @NatbyNature you are an inspiration ! Because you never let your losses keep you down ! You got back up ! That is why you are the #BOAT !!! Best of all time !

Some fans think that Lana is being punished because Miro went to AEW. We have been told and previously reported that is not the case at all. This is the direction they booked to show Shayna Baszler and Nia Jax’s dominance. Lana is taking the damage, but she is still trying to capture that brass ring her husband said WWE should shove up their ass.

You can check out the video below to see Lana and Natalya after a hard training session.