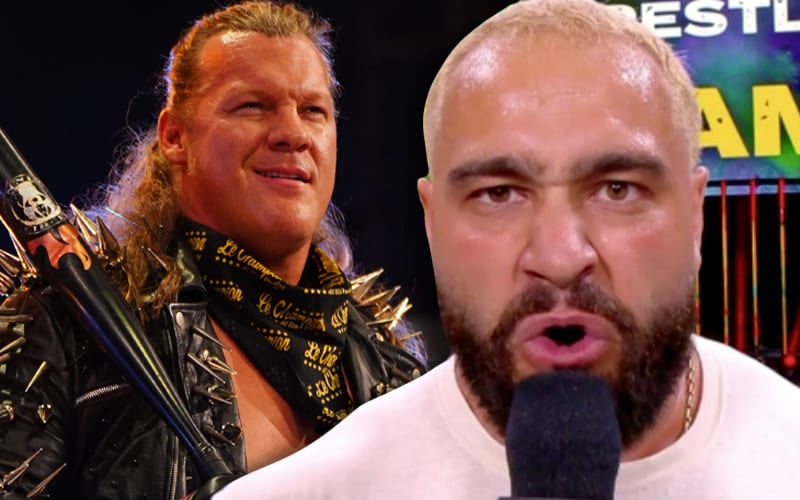 Miro showed up on AEW this week, and he had a lot to say. He spoke about a glass ceiling from his former employer. He didn’t name-drop WWE, but everyone knew what company he was talking about.

Vince McMahon’s famous “brass ring” line was even referenced. That line came from something McMahon said during a Steve Austin podcast interview on the award-winning WWE Network. Miro used that against WWE as he said they can take that brass ring and “shove it up your ass.”

During his Saturday Night Special, Chris Jericho said that he gave Miro the lines against WWE. He said that the former Rusev also couldn’t believe he would be permitted to say such a thing.

“Miro’s always been a great guy. He’s a very funny guy, which a lot of people might not know. I think it’s cool to have him with us and also I’m glad that he came in and that he kind of gave his mission statement.[He] mentioned, kind of indirectly, WWE. ‘Glass ceiling,’ and ‘brass ring,’ and ‘take the brass ring and shove it up your ass.’ That was my line. He couldn’t believe he’d be allowed to say it. He’s like, ‘Really? Can I say it?’ I’m like, yeah, you can say whatever you want here.’ No problems here, baby!”

AEW is no stranger to taking a shot at WWE every now and again. WWE actually returned fire this week during SmackDown. Vince McMahon came up with a clever line to get back at AEW’s handing of Matt Hardy losing consciousness at All Out.

Odds are Miro is going to fit in just fine in AEW. He has a great sense of humor, and now that he’s taken his first shot at WWE during AEW Dynamite we’ll pay close attention for the next time.