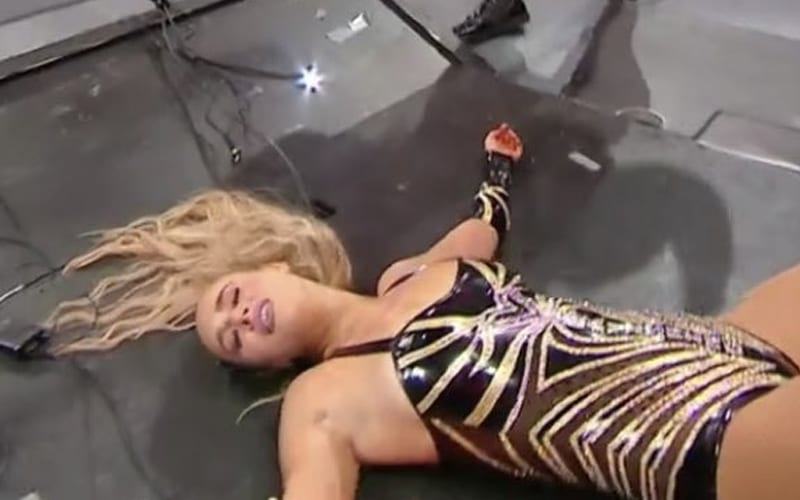 Miro was released from WWE on April 15th, and then he arrived in AEW last week. That surprising debut was followed by his wife Lana and her tag team partner Natalya getting squashed on Raw. Some fans thought those two events were connected, but that’s not the case.

During his Twitch stream, Miro spoke about his worry that Lana will get heat after his AEW debut. It might be easy to connect the dots in these two situations, but they are not related.

Ringside News was explicitly told by a tenured member of the creative team that Lana and Natalya’s beat-down on Raw had “nothing to do with Miro.”

Lana and Natalya were destroyed by Nia Jax and Shayna Baszler, but there was a reason for it. WWE needed to show the devastation that Nia and Shayna are capable of. This was not a way to get back at Lana or her husband whatsoever.

Additionally, Ringside News was rhetorically asked: “Who else are they going to do devastating things to? No-name opponents in Underground?” For the record, there are some who do not believe this, but it was confirmed by Ringside News to be the case.

Lana and Natalya weren’t very happy about this angle either. The segment was not a booking decision made out of bitterness. This was simply a way to make the WWE Women’s Tag Team Champions look strong and they used established Superstars to do so.