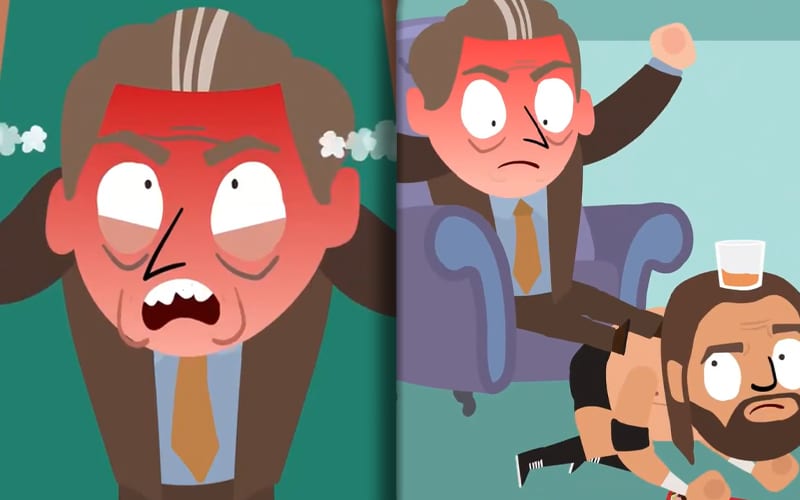 The Good Brothers have a lot of irons in the fire right now. They are getting their own comedy variety special on AXS TV, and an animated series also seems to be in development.

The Gimmicks is coming, but we haven’t been told much about it yet. We do know Karl Anderson, Luke Gallows and more will be a part of the show. The trailer for the new series also took some major shots at Vince McMahon and Triple H.

This trailer not only features Triple H seeming like a sniveling kiss-up to McMahon, but he also plays the role of a literal footstool. Vince McMahon was furious about a bunch of “losers” and “nobodies” trying to do their own thing as well.

NZO is also a part of The Gimmicks. His character is named “Esteban Apples” which keeps his “EA” initials. It seems like The Gimmicks is going to take some serious shots at the pro wrestling business and Vince McMahon is not excluded.

If this trailer is any indication of things The Gimmicks will make the shots that Being The Elite takes at WWE look like nothing. You really need to see this for yourself.