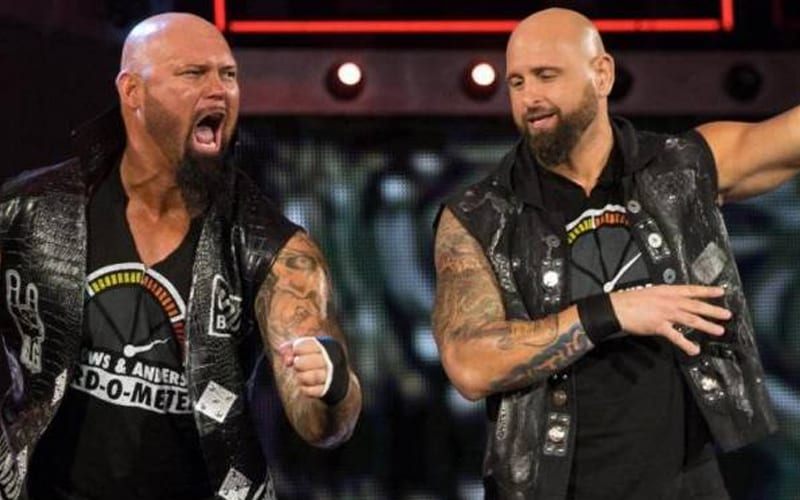 Luke Gallows and Karl Anderson were released from WWE on April 15th, but they didn’t let that get them down at all. They haven’t stopped making moves and releasing announcements about their activities.

Doc Gallows and Karl Anderson’s Impact Wrestling contracts also allow them to work for NJPW. That will likely happen once traveling to Japan gets easier to pull off. They still have plenty to do stateside.

Instinct Culture recently spoke to the Good Brothers when Doc Gallows dropped a big piece of information. The Good Brothers are in line to receive their own variety comedy show on AXS TV. This will certainly be a unpredictable and likely intoxicated time.

“I am letting the cat out of the bag right here right now, I can’t say anything about titles or anything like that, but you’re gonna see us with our own special on AXS TV, that’s putting credit/belief into a ‘tag team’ or brand to come together, two guys that can entertain inside the ring and outside the ring. And I think that’s a big hats off to Impact Wrestling for realizing that yes the single stars historically have been a draw in a New York state of fashion but that’s not always the case in modern day wrestling.”

“I would say, think drunken late night talk show sprinkled in with Impact Wrestling stars of our choice and a little Talk ‘N Shop A Mania running wild brother.”

Talk N’ Shop A Mania was such a success that the Good Brothers are doing another event. This new variety show could also give them plenty of opportunities to flex their creative muscles.

If you add this news on top of the animated series that they have in development it’s a very good time to be a Good Brother.