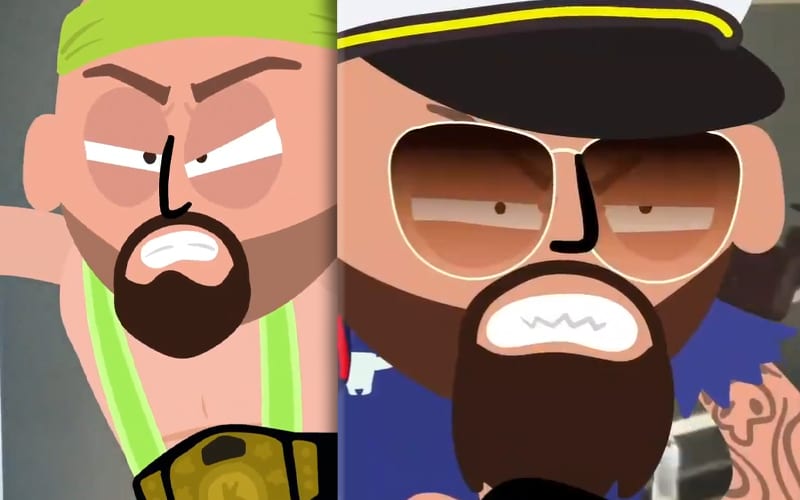 The Good Brothers made a lot of plans when they were released from WWE. Now Karl Anderson and Doc Gallows are about to get animated.

While speaking to Talk Is Jericho, Rocky Romero confirmed that a Talk N’ Shop animated series is in development. This new show will be called “The Gimmicks” and the animation style will be very much like South Park.

“We’re working on an animated series, it’s gonna debut on Instagram. It’s called The Gimmicks,. If it’s the first time you’ve ever heard about it, it’s actually phenomenal. We’re working with an amazing team, they’re called Toonstar, it’s an amazing studio out in LA, and basically we’re doing South Park meets wrestling. It’s insanity, all the insanity from Talk’n Shop A Mania, we’re bringing it to you in an animation, as a cartoon. It’s unfiltered, it’s raw, it’s real, and it’s pretty crazy.”

Karl Anderson and Doc Gallows both teased this new animated series recently. You can check out the videos below to see what an animated version of the Machine Gun and Big LG is going to look like.