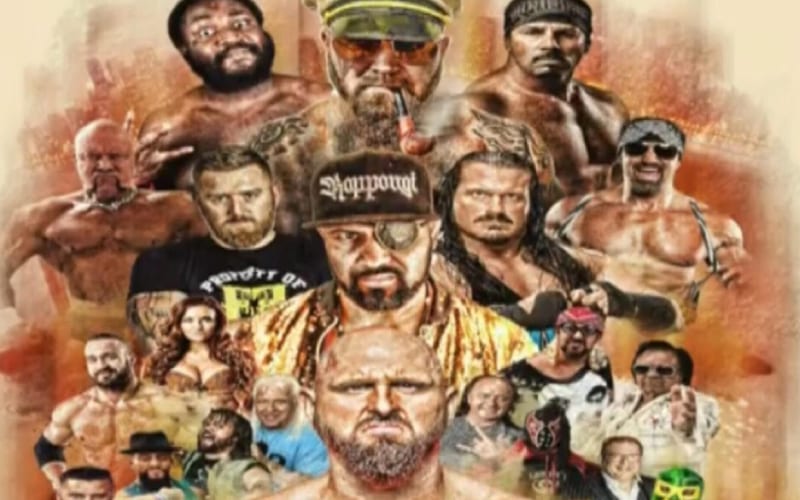 Talk’n Shop A Mania was a big night of pro wrestling parody that kept fans entertained in a big way. Now the Good Brothers are coming back for a sequel.

Click here for our full coverage of the first Talk’n Shop A Mania.

During Talk Is Jericho, Doc Gallows confirmed that Talk’n Shop A Mania 2 is coming on November 13th. That is a Friday pay-per-view events. He also confirmed that Chad 2 Badd will face Sex Ferguson in a “Ball for a Ball Match.”

“Friday, November 13, Talk’n Shop A Mania 2, I’m announcing it live right here on Talk’n Shop via Talk Is Jericho.  I’m coming for [Chad] Too Bad, it ain’t gonna be an Eye For an Eye, it’s gonna be a Ball for a Ball Match.”

Gallows was working hard on some new ideas for their next pay-per-view. Rocky Romero previously hinted that the RAW Underground concept might receive a shot as well.

We can only assume that the Ball for a Ball match will be a parody of the Eye for an Eye match. Odds are they will have plenty more things to spoof as the weeks go on and we get closer to the Good Brothers’ next pay-per-view events.