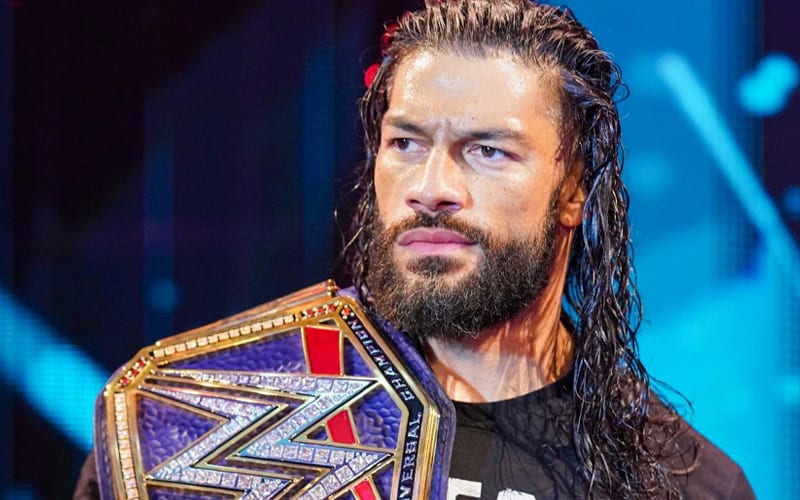 Roman Reigns is tired of his old look and he wants to refresh it to match that new Tribal Chief attitude.

Paul Heyman and Roman Reigns are set to be a very different team than Heyman was with Brock Lesnar. The Universal Champion is planning to make a change to his look which will help him further establish this evolution in his character.

While speaking with Mania Club, Roman Reigns revealed that he plans on updating his wrestling gear. His plan is to ditch the SWAT look and just go with the pants. He also promised to wrestle with his shirt off this Sunday at Clash of Champions as he takes on his cousin Jey Uso.

“Get over it, you know what I mean? I mean, I am not gonna go out there in trunks. I’ve been wearing a SWAT outfit my entire career so I’m just gonna stick to those pants. You watch this Sunday, you’ll see me with my shirt off, so that would be the change… putting in some work, I’m not perfect, I’m not like a bodybuilder, so I’m not stage ready where you can see my spine through my abs but I feel confident enough to go out there and be a scary looking athlete. And God bless my cousin ’cause I’m gonna have to whoop him.”

Roman Reigns is going to debut a new look at Clash of Champions and likely break the internet in the process. He got a lot of tattoo work done on his back during that last hiatus as well. Now he will get to show it off along with his new bulkier look.