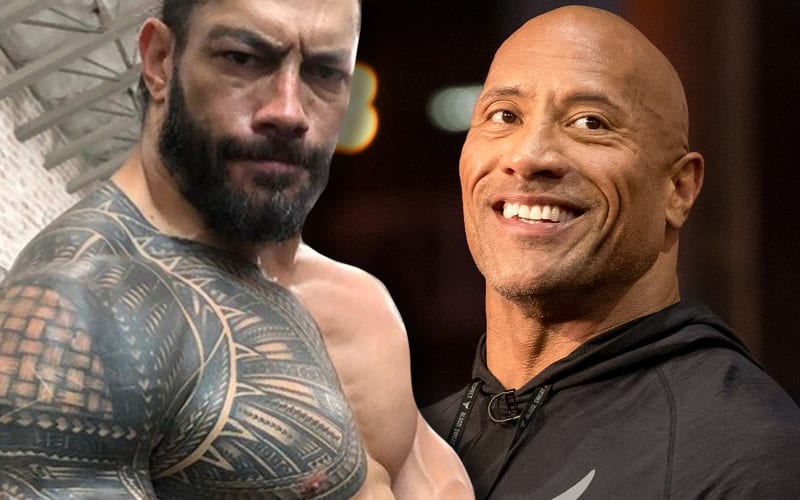 The Rock knows a thing or two about clanging and banging in the gym. He can also see that his cousin Roman Reigns is putting in the work as well.

Roman Reigns might not be wrestling anymore, but he’s still keeping in shape. The Big Dog is adding a lot of muscle as he bulks up during his hiatus. It was shoulder week and Reigns decided to uploaded a photo and some videos for fans to show off his progress.

The Rock saw Roman Reigns’ Instagram post. He commented to encourage him to keep working hard and to pump up the music in his gym.

This post makes me very proud! I know that gym is wired for amazing sound, so turn some MF’n music on!!!

Hopefully, Roman Reigns will make his WWE return before the show of shows in 2021. He certainly seems to be ready for it by all appearances.