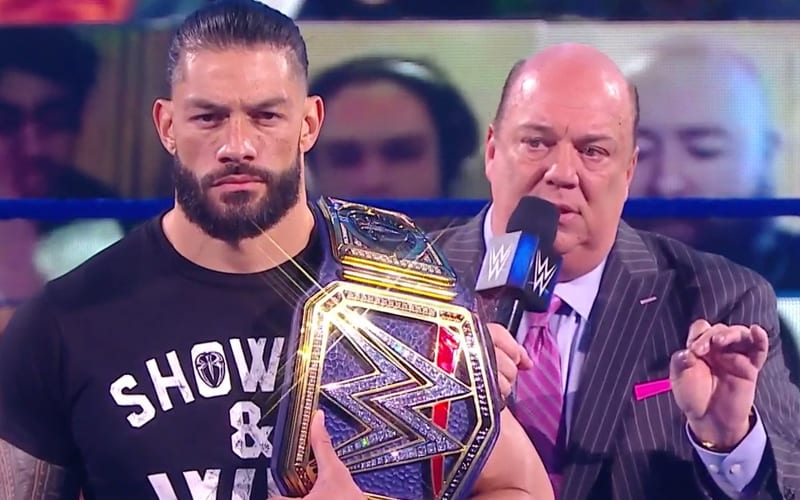 Roman Reigns is the Universal Champion once again. He also has a seasoned veteran by his side leading him into battle. Paul Heyman is the Special Counsel for the Tribal Chief, and WWE wants to make the pairing special.

According to the Wrestling Observer Newsletter, WWE’s goal is to make Paul Heyman’s relationship with Roman Reigns “as different as possible” from the role Heyman played as Lesnar’s Advocate.

The idea this time around is that while Lesnar was a mercenary and friends with Heyman, Roman Reigns is the opposite. It was noted that the intention is that there are no personal feelings there. It’s strictly business between the two.

With Reigns it is the opposite. There is no friendship. The idea is that with Reigns, he is completely in charge oft he relationship and that, at least in idea, Heyman was done in wrestling with Lesnar gone and had nothing left.

It was also noted that in the storyline Roman Reigns made the call to bring in Paul Heyman, so the former Executive Director of RAW is “indebted to Reigns for saving his career.”

A catchphrase like the “Reigning, defending, undisputed champion” and calling Roman Reigns a “Tribal Chief” is also a throwback to Peter Maivia’s role in Samoan culture in the 1970’s.