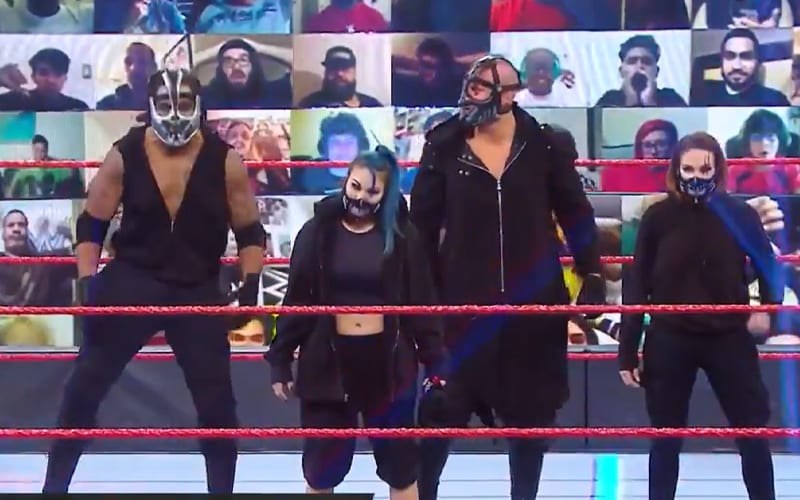 WWE Raw kicked off this week with Retribution taking the ring. Their masked faces were replaced by new masks which allowed fans to see exactly who they were.

Michael Cole said that WWE offered Retribution contracts. The show started out with the faction taking the ring. Mia Yim started cutting a promo, and then Dominik Dijakovic cut a promo where he tried his best to disguise his voice.

MVP said Retribution had no heart. Then even more masked members of Retribution circled the ring and they mauled the Hurt Business.