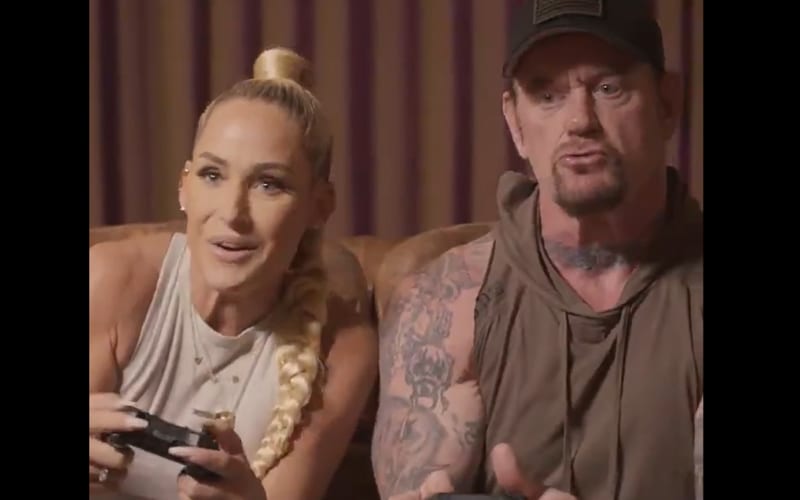 The Undertaker realizes that he killed some fans’ childhoods when he signed up for social media. He spoke about that in the past. Those fans might need to get used to seeing Taker in situations they previously never thought would be possible.

WWE Battlegrounds drops today, and it’s already made some press because of an unapproved photo of Tessa Blanchard that made the cut. Now The Deadman and his family are playing the game. They seemed to have enjoyed themselves as well.

The Undertaker and his wife Michelle McCool are no strangers to competition in the ring. They showed this in the video game world while battling on the small screen.

WWE uploaded this new commercial for WWE Battlegrounds on launch day. This might excite some fans to try out the game for themselves. If anything, you can watch The Undertaker have a good time with his family as he plays as himself in the virtual world.