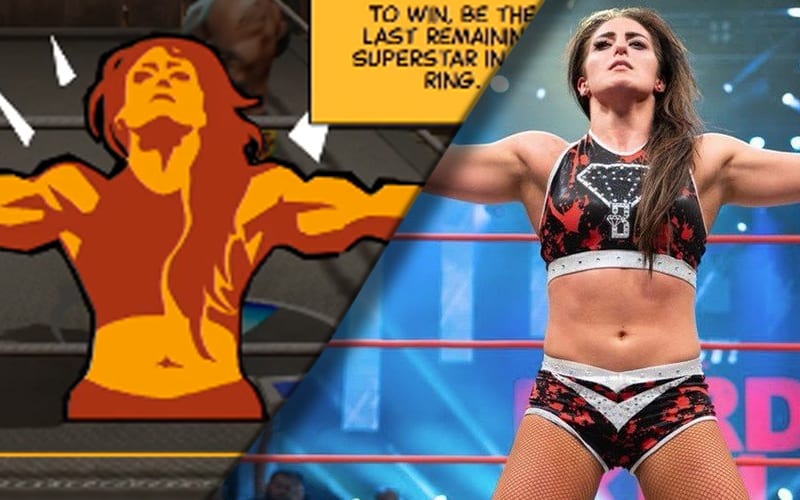 WWE Battlegrounds drops this week, and they’re already off to a newsworthy start. An image used in the game without the photographer’s approval could land them in hot water already.

An advanced copy of the WWE Battlegrounds game was received by New Legacy Inc’s Twitch channel. They uncovered an image of Tessa Blanchard that didn’t belong to WWE or 2K.

Photographer Basil Mahmud did take that image of Blanchard, and he noticed that it appeared in WWE Battlegrounds. He sent out a tweet to call Battlegrounds out for using the image without his consent.

Hey @WWEgames you wanna tell me why you took my photo without my permission to use it in your game?

Patent attorney Mike Dockins has worked on numerous AEW trademarks in recent memory. He fired off a reply to Basil Mahmud’s tweet where he offered some friendly, and non-official advice.

We’ll have to see how this situation plays out. 2K did alter the image to a certain extent, but it is very obvious to see what they used a Tessa Blanchard photo that they likely discovered after doing a simple Google search.