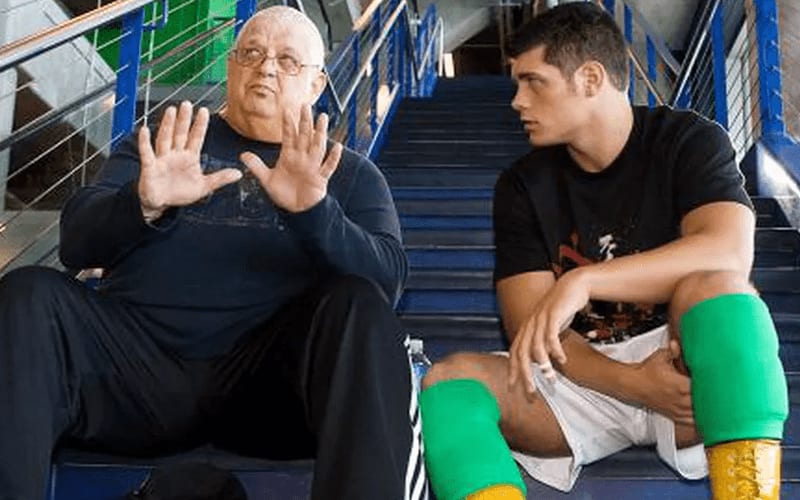 Cody Rhodes still wants to lock down as much intellectual property as he can related to his father Dusty Rhodes. His latest attempt to register a trademark for his father’s famous nickname was rejected.

Rhodes tried to register a trademark for The American Dream on March 10th, 2019. According to Heel By Nature he recently received a second rejection when trying to lock down his father’s name.

He was denied for many reasons including the fact that The American Dream refers to a person and not a service. They were also rejected because the name was intended for live sports entertainment purposes, but Dusty Rhodes is no longer living, thus he is unable to perform.

The first rejection came through on March 24th, 2020 and Cody’s attorney Michael Dockins submitted new evidence, but they received another rejection on July 10th, 2020. Again, it was stated that since Dusty Rhodes is no longer living they can’t trademark the name. Now they want proof from Cody showing other performers who have registered their names after their passing.

Cody now has another six months to provide that required documentation that they are requesting from him.