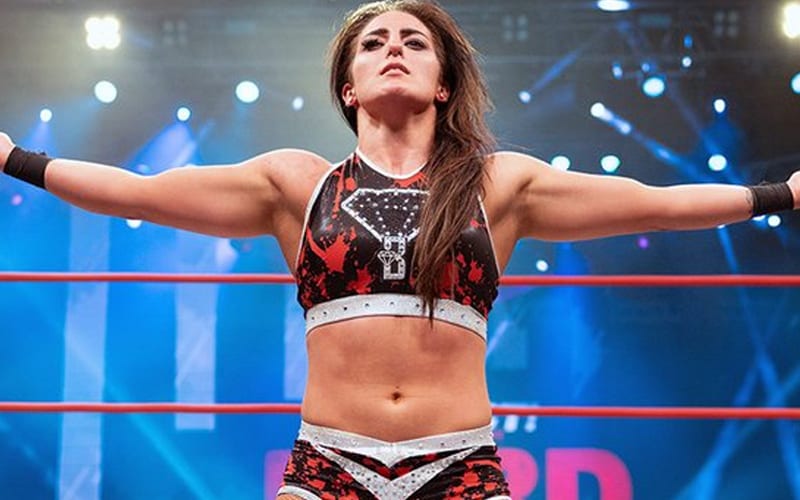 Update: The photographer who took the original Tessa Blanchard photo could have a cause to seek legal action. Click here for more on that update which includes him calling 2K out.

Original: WWE Battlegrounds drops on September 18th, and there is a little Easter Egg for fans who pay close attention to the Royal Rumble feature in the game.

Tessa Blanchard left Impact Wrestling after she was released. She was the company’s World Champion at the time, but she didn’t want to make the trip to the United States from Mexico. She didn’t want to miss her wedding.

Blanchard and Daga are now married. She also recently made her first pro wrestling event at Warrior Wrestling. She lost their Women’s Title to Kylie Rae at the event.

New Legacy Inc’s Twitch stream got an advanced copy of Battlegrounds. The Royal Rumble instruction manual featured a very interesting design. It looked a lot like Tessa Blanchard as she posed in Impact Wrestling.

It is pretty interesting that Tessa Blanchard’s design was seemingly used for this model. It is doubly interesting because it didn’t even come from a WWE product. You can check out the images below and see for yourself.