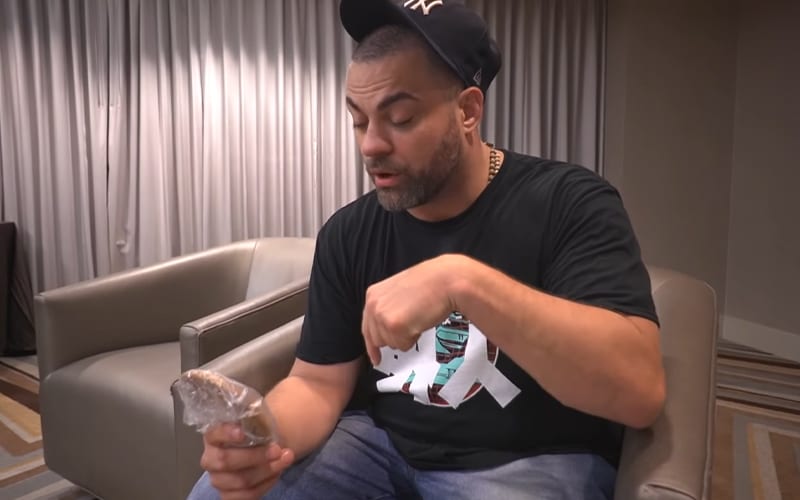 Cutting a good promo is incredibly important to become a well-rounded pro wrestler. Eddie Kingston realizes that very well, and he’s one of the best on the microphone. He can even cut a promo on a cookie.

During the intro of Being The Elite this week, Eddie Kingston cut a promo on a cookie. It was emotional, and in the end he promised the cookie that it will just be the two of them. Kingston finally said “that’s it” at the end and everyone laughed. It was quite an entertaining bit, but there was way more to it.

During Wrestling Observer Radio, Dave Meltzer explained that this segment was a shot at WWE. Students in the Performance Center are given the task to cut promos on inanimate objects all the time, including cookies.

Meltzer also noted how this exercise does help with promos, but it doesn’t really matter in WWE. All of those promos are scripted anyway.

The layers of this joke go even deeper if you consider that WWE called Eddie Kingston after he debuted on AEW Dynamite. They offered him a training position at the Performance Center before AEW could offer him a deal.

In the end, Kingston’s mom advised him not to sign with WWE. If he hadn’t done as his mother suggested Kingston might have found himself in a position where he was leading a training class where someone had to cut a promo on a cookie for real.

We also have to wonder if that cookie came from Trent’s mom Sue. She brought cookies for everyone last week, and she was front and center in that training class.