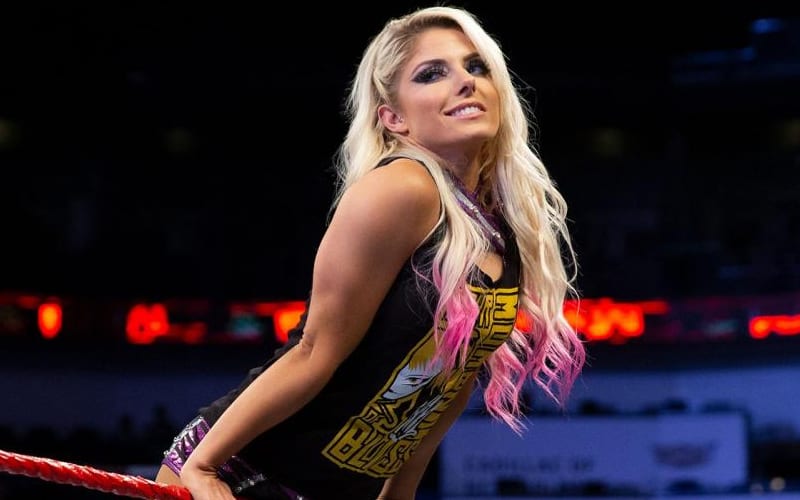 Alexa Bliss has a lot of tattoos, but you’d be hard-pressed to find many of them at first glance. She prefers white ink and that seems to be the trend she has kept for the rest of her tattoos.

Bliss recently uploaded a photo to show off her favorite white ink tattoo. It is on her side and says: “Love.” She has had the ink for almost a decade now.

While posting a photo of her favorite tattoo, Alexa Bliss included a caption to let fans know how special that ink is to her.

Alexa Bliss loves her white ink tattoos and has even put a troll in their place in the past for trying to drag them. She said that fan will never be close enough to her to see them anyway, so it shouldn’t matter.

Bliss is currently involved in a very interesting storyline with Bray Wyatt’s Fiend. We’ll have to see what that leads, but it’s not likely she’ll break that white ink tattoo streak in the process no matter how many color tattoos Bray Wyatt might have.