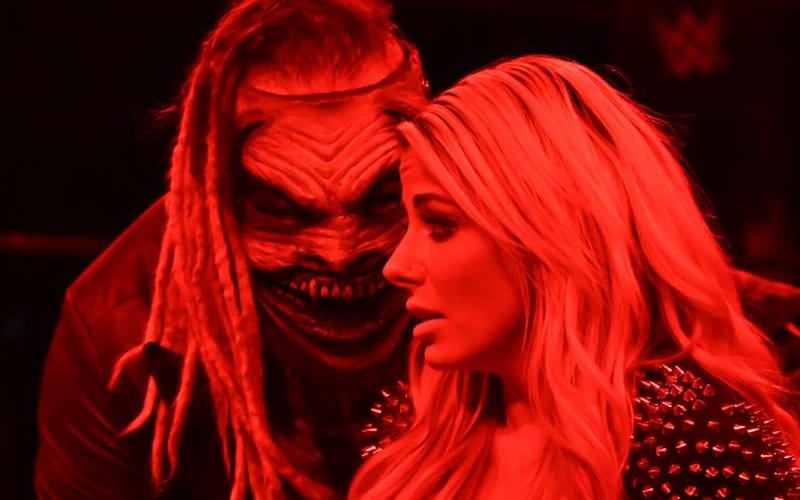 Alexa Bliss was pulled into Bray Wyatt’s Firefly Fun House world. She was not the new Firefly Fun House friend because that honor went to a walrus who was made to be a shot at Paul Heyman. Bliss is still involved with The Fiend in some respect.

Bliss nailed Nikki Cross with a Sister Abigail on the outside of the ring last week on SmackDown. That wasn’t on accident. Something strange is going on with Alexa Bliss, and she’s loving every moment of it.

While speaking to TV Insider, Alexa Bliss opened up about her outside the box storyline with Bray Wyatt. She loves spiking fan interest with this type of angle. It is also fun to try out something new.

“I love anything that is different and out-of-the-box. I love being able to evolve and change the character and spike people’s interest. I think that is what we’ve been doing with The Fiend. Everyone knows I love promos and to be able have a microphone and portray a character. It’s my favorite thing to do, so the fact I was able to try something new I’m having a lot of fun and excited to see where it goes.”

Alexa Bliss was scripted for an angle during the SummerSlam main event. Ringside News exclusive reported that she was told that wasn’t happening as everyone got word that Roman Reigns was making a return.

We’ll have to see what’s next for Bliss, but she’s certainly capturing our interest so far.