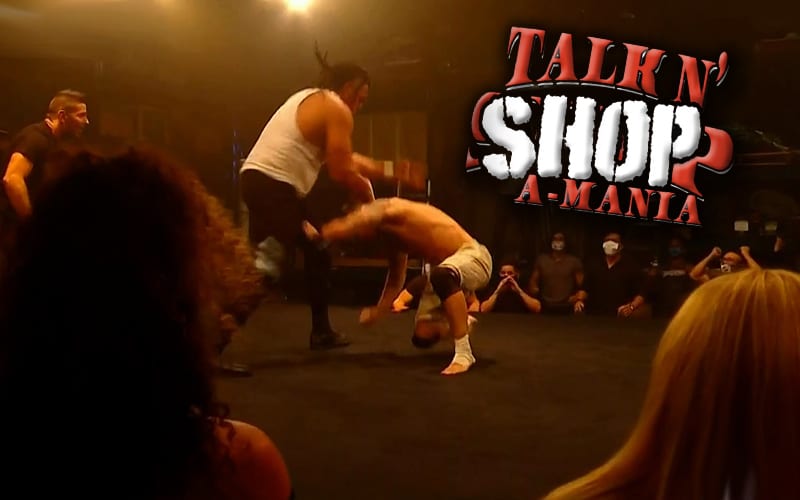 Talk ‘N Shop A Mania was a wild pay-per-view full of unexpected moments. The fans seemed to really enjoy this new take on pro wrestling so they’re coming back with a second helping.

Rocky Romero appeared on Wrestling Observer Live and he stated that they feel obligated to do a second Talk ‘N Shop A Mania. The response was great for their first pay-per-view. They tracked third that night in the USA on social media behind the NBA and UFC.

Romero also revealed that Doc Gallows is already coming up with new material for a sequel. This Monday’s episode of RAW gave them a couple good ideas.

“Gallows is already coming up with some crazy ideas some of it based on what happened on Monday on the RAW and I feel like there’s some good stuff and now we’ll be watching stuff in the business to see if we can spoof it or parody it.”

Talk ‘N Shop A Mania will see a sequel and they’re already coming up with ideas. We’ll have to see how long it takes them to put everything together, but they received a pretty impressive response from their first outing.

WWE television is certainly keeping the Good Brothers in full supply of material worthy of parody.