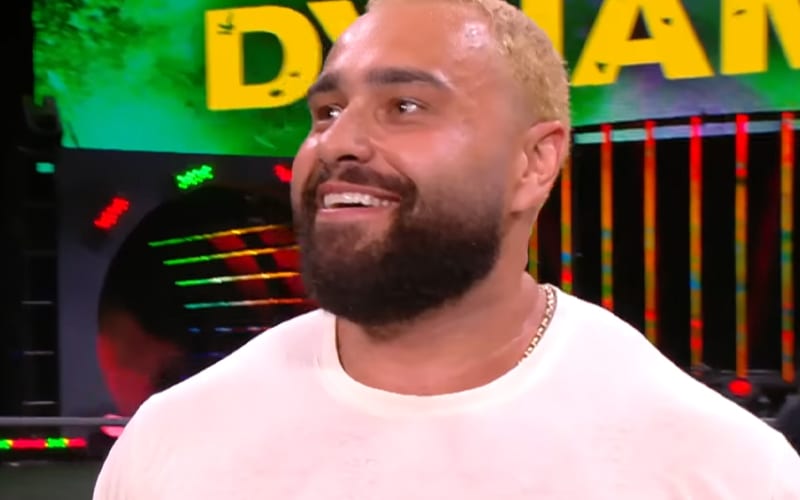 Miro arrived in AEW last week. He had a huge smile on his face while wearing $1,450 pajama pants and a $650 t-shirt. It’s time for Miro to get back to wrestling, and he can’t wait to do it with AEW.

WWE let Miro go on April 15th, but they weren’t using him to his potential prior to that. It didn’t take him long to decide where he wanted to go even though Impact Wrestling also reached out to him.

While speaking to Busted Open Radio, Miro said that he’s been watching AEW since they started. He was fascinated by what they were doing, but it didn’t really sink in until he arrived. Then it blew his mind.

“Ever since AEW formed, I started watching it and I was so fascinated by it. There are so many reasons why I was fascinated, but it didn’t sink into my head until I got there and I was like, ‘Wow!’ It just blew my mind. I kind of have an epiphany in professional wrestling: I was just into this bubble and at the same style for ten years, and everything outside was like, ‘Well, that makes no sense.’ You’re just pointing fingers, but now, I’m on the outside looking and I finally understand why AEW is the best. AEW gives you every single style around the world, and when they invite you to come to AEW, they don’t invite you and tell you, ‘Hey, come and change your style to what we want’. No, you come and show your style, doing whatever you’re coming from.”

“Luchadores come and they bring you lucha libre, instead of people with a strong style, they come in and do a strong style,” Miro continued. “They don’t have to be a style that a certain promotion wants. The old bubble is like boxing. AEW is like MMA. We have all styles combining into one and in one show. You’ll see every single thing under the sun. You’re not just going to see boxing, you’re going to see all the martial arts. That’s why I love AEW; that’s why I cannot wait to get in the ring.”

AEW presents a unique pro wrestling product where it seems creative is alive and well. Miro is obviously excited to get going and prove that he’s on the top level where he wants to be.

Not only does AEW offer Miro more creative freedom, but the styles he gets to mesh with are also incredibly eclectic as well. Miro can’t wait to get back in the ring, and when he does he already stated that his ring gear will be what he’s always wanted to wrestle in.