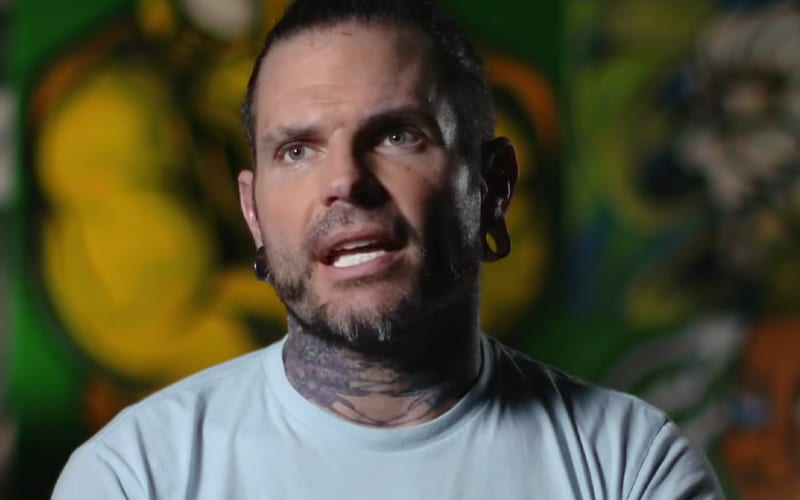 WWE has a couple of Superstars on their writing team. Click here for an extensive article about Daniel Bryan and Edge’s current situation on the WWE writing team. As Jeff Hardy gets older he’s looking at the end of his own career. He would like to remain in the business if he can.

Jeff Hardy revealed to BT Sport that he signed a new WWE contract. We’re not sure if he’ll be around for three or five more years. The point is that the Hardy Boyz’ reunion is going to have to wait even longer.

Hardy also opened up about his interest in helping out behind-the-scenes as his career winds down. He pitched an idea to work for creative like he already has a plan in mind.

“Ultimately I’d love to be involved in music as I age. But I think I’ll secretly be involved in wrestling for the remainder of my life. You know, like creatively, whether it’s behind-the-scenes as like a writer, or just an idea pitch guy, or whatever.”

Jeff Hardy’s love of music is well known as well. He could always step into the studio and help WWE’s new music group create some Superstar tracks. He might be the special ingredient needed to come up with something memorable. Since WWE did away with using CFO$ music it seems that WWE hasn’t had a good new entrance track in a while.