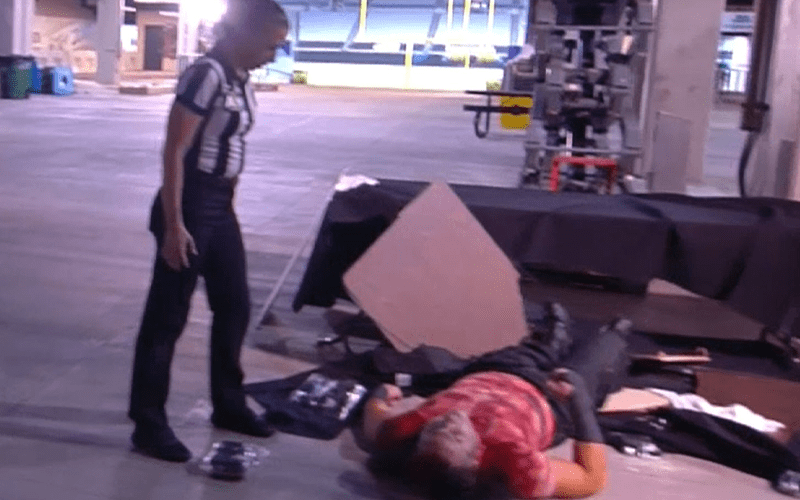 Matt Hardy and Sammy Guevara battled in a Broken Rules Match at All Out. That contest did not go the way anyone wanted it to as Hardy was knocked out cold.

The match was allowed to continue. It was later stated that Hardy did not suffer a concussion. He appeared on the next Dynamite and said he will take some time off to focus on his health, but he will return and aim for the AEW World Title.

Arn Anderson was backstage at All Out, and he saw what happened in this situation. Pro wrestling is a very unpredictable thing, especially when adrenaline gets pumping during a big match. In the end, as he explained on the ARN Show, it’s really up to those stars in the match to be responsible for each other.

“I will just say this and I’m not going to assess blame anywhere because we all go into this business with open eyes and things happen. Accidents happen and there are a number of things that can happen that go south in this business. It’s a tough way to make a living. I am going to just make a statement to all the young talent out there. This business is in your laps.  It’s in your hands.  It’s in your control. It is up to you to keep each other safe and when you are putting matches together and coming up with ideas, guys, you’re taking it to a level that I’ve seen a lot of near misses. A lot of times there were situations where guys are almost doing headers into the mat. The business has gotten more and more dangerous.  It’s in your hands to fix it. You have to reel it in.  You have to figure out a way to have an exciting match without some of these very, very, dangerous moves being implemented.You have to dial it back. Nobody can dial it back but you. I’m certainly not saying put a cap on the excitement of what we do in this business. But, there are so many things that can happen.”

“Being sweaty, slipping, your grip slipping, inexperience, being green, picturing something in your head and the two of you agree on it and then find out whether it’s physics or it’s the temperature of the building or the fact that somebody spilled something on the floor that no one saw before you dive out on the floor and hit the slick surface and blow a knee out, there are a lot of things that can happen. Gravity has a lot with what we do. You have to reel in our product a little bit and make it safer for everyone involved.”

“I’m scared to death. This young generation are balls to the walls to please our audience, please each other, hopefully, please our boss.  But I don’t think our boss would ever ask you to go through the curtain and put yourself in danger or put yourself in a position that you might be injured or crippled for life.  He just is not that kind of person. It’s up to us collectively to reel this thing in or we are going to see, dare I say, worse injuries and possibly down the road, someone getting crippled for life. Nobody wants to see that. I put that burden and responsibility on the talent. They are the only ones that can fix it.”

Reby Hardy was irate about how things were handled at All Out. This was not a good situation, but thankfully, Matt Hardy seems to be okay. Falling off a forklift and smashing your head on the pavement should never be something that anyone wants to try twice.