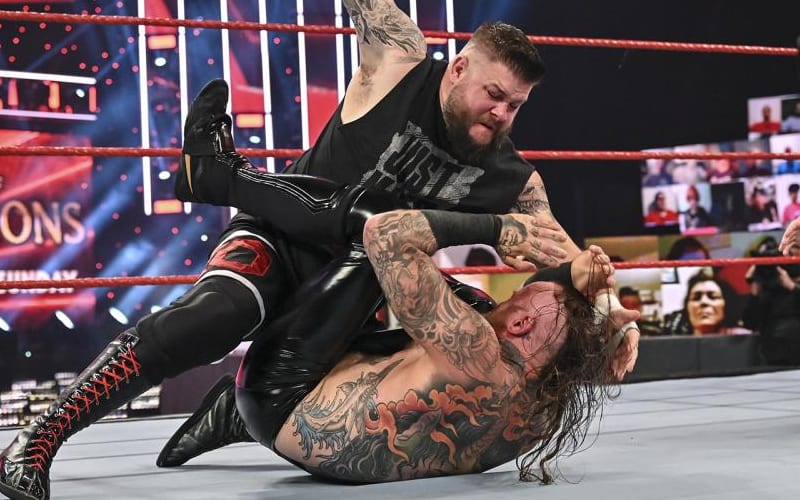 WWE can be a complicated place to find success and that can lead to frustration. It seems that has gotten to Kevin Owens.

The former NXT Champion is also a former Universal Champion, two-time IC Champion, and three-time US Champion. He is pretty far away from any title right now as Owens toils away on the mid-card.

Kevin Owens is usually an agreeable person, and he is liked backstage. Owens is respected for his hard work and dedication to the business. He also loves pro wrestling and grew up as a fan before climbing his way to Vince McMahon’s company through the indies.

Ringside News has learned that the stress for Kevin Owens has changed his demeanor backstage. He is not the same happy person he used to be in this situation.

A member of the creative team with knowledge of the situation told us that “he’s just pissed off by his inconsistent pushes,” but it has made him “a total asshole” in some respects.

When we asked if the reports of positive backstage morale also included Kevin Owens, we were given a question in response: “How has the atmosphere been around Kevin Owens?” He’s not been happy, and that promo on Raw Talk was a lot more shoot than some fans thought.

Owens was previously concerned by the way WWE wasn’t following CDC mask and social distancing guidelines. He spoke to Vince McMahon about this and said he would go home if it wasn’t corrected. This is when WWE enacted a strict fining policy for all those not wearing their masks.