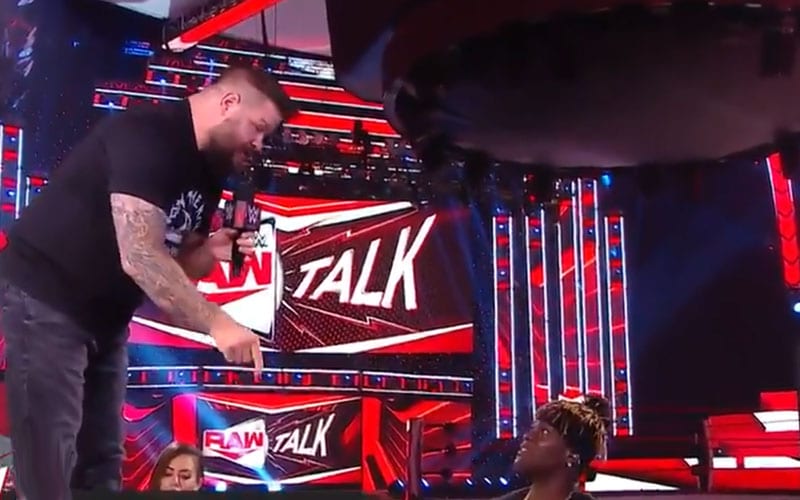 Kevin Owens was on Raw Underground this week during WWE’s Monday night show. He gave it his all in that multi-segment worked shoot with Aleister Black, but he would have much rather had a larger role in the show. Those frustrations came to a head during RAW Talk.

Kevin Owens had a lot to say as he jumped up on the desk to speak his mind during RAW Talk. He is tired of being overlooked and it is high time for a change if you ask him.

KO asked how long he needed to be “stomped, beaten down, spat on” until he’s tired of taking it. Owens admitted to doing a lot of terrible things in his career to help it move forward. He said that WWE gives him “no names” trying to “make a name” off his back.

He brought up Dabba-Kato and he promised to go after him. Owens said he doesn’t care if it works out for him either. He will still “give Dabba-Kato hell.”

It sounds like Kevin Owens is another frustrated WWE Superstar. He also appears to have a new target on Dabba-Kato, a recent call-up from NXT how was working hard in the WWE Performance Center for years waiting for his big opportunity.