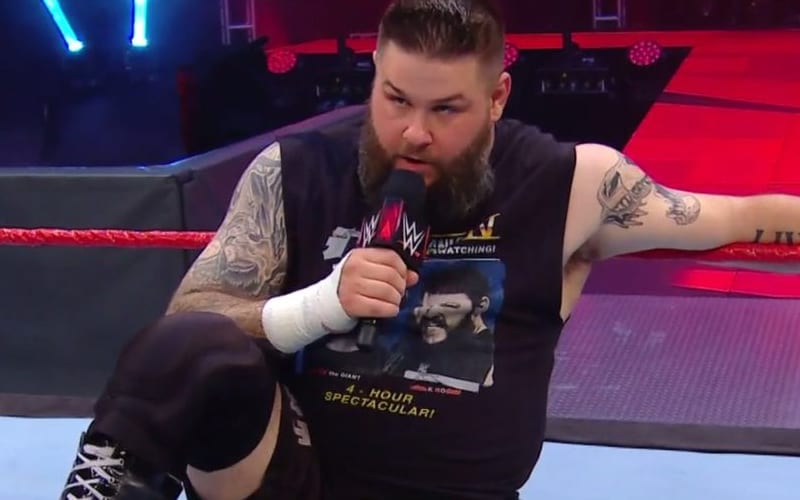 WWE now has a new mandate backstage in the company that requires Superstars to wear masks. This policy also applies to the rest of the backstage staff. Kevin Owens was apparently the one who raised this concern.

It was previously reported that a returning Superstar went to Vince McMahon and expressed worry about coronavirus precautionary measures not being taken seriously.

It is reported that Owens told Vince McMahon that he was uncomfortable because of the lack of masks being worn backstage. He also stated that people were too close to each other and ignoring social distancing.

Kevin Owens reportedly told Vince McMahon that he was going home because of the situation. This is when Vince McMahon asked Owens what he should do about things.

A mask mandate was then instituted because it was said that McMahon is the only person anyone is going to listen to. Now there is a fine if anyone is caught not wearing a mask if they’re not on camera.