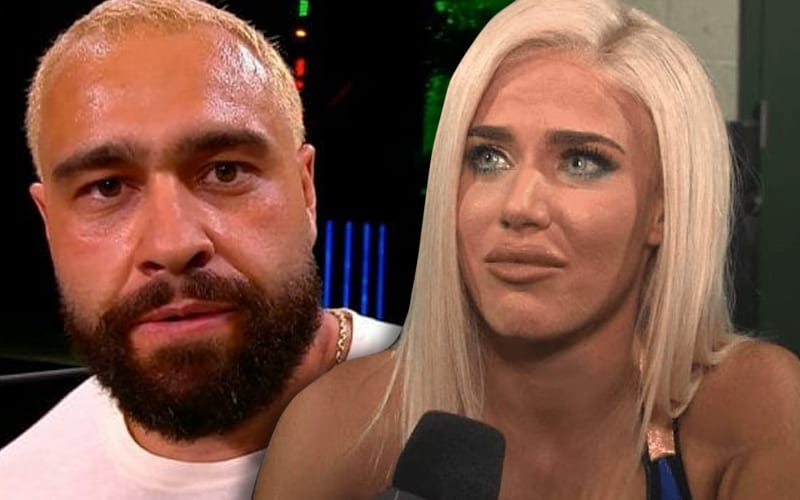 Miro debuted on AEW Dynamite, and the pro wrestling world immediately paid attention. Once they got over his snazzy Gucci outfit, some started wondering if Lana’s role in WWE could be damaged because her husband is now working for the competition.

During Busted Open Radio, Miro had a chance to go into detail about this subject. He is a bit concerned, but he also knows it’s a business. He prays everything will be fine and has confidence that things will be okay. That doesn’t mean he’s not worried.

“Absolutely. At the same time, they should be professional and treat it as it is. It’s nothing personal, it’s a business. Hopefully, they treat it like that. I hope that it won’t hurt her. I pray everything will be fine and we should move on.”

“You gather feelings over the years. I’m usually positive and I never like to talk bad about anybody just because we’ve all done bad stuff, but there’s a certain time where you’ve put all your heart and story into certain things and you don’t feel like it’s coming to fruition for one reason or another. It was so disheartening over the years, so I have to — thanks to Chris [Jericho].”

“I told him my idea and he said, ‘You should say about the brass ring.’ I was like, ‘Whoa, do I ask for forgiveness after?’ He was like, ‘No, you don’t have to ask for anything, you just do it. It’s a good promo.’ I was so shocked because it’s a different style. It was important for me to say because I meant all of these things. I needed to do one second to express my frustrations over the past ten years, then move on.“

Miro and Lana probably don’t have much to worry about. Tye Dillinger left WWE and became Shawn Spears in AEW. Spears and Peyton Royce are married and she’s getting ready for a big push.

Lana is currently paired up with Natalya, and she is also seeing action in the ring. Nattie recently spoke about how great it is to train with Lana as well.

There were reports that WWE’s third party ban was because of Lana taking a sponsorship outside of the company. That situation wasn’t any one person’s fault as it was an issue that had been snowballing for a while up to that point.

Thanks to Cage Side Seats for the quote