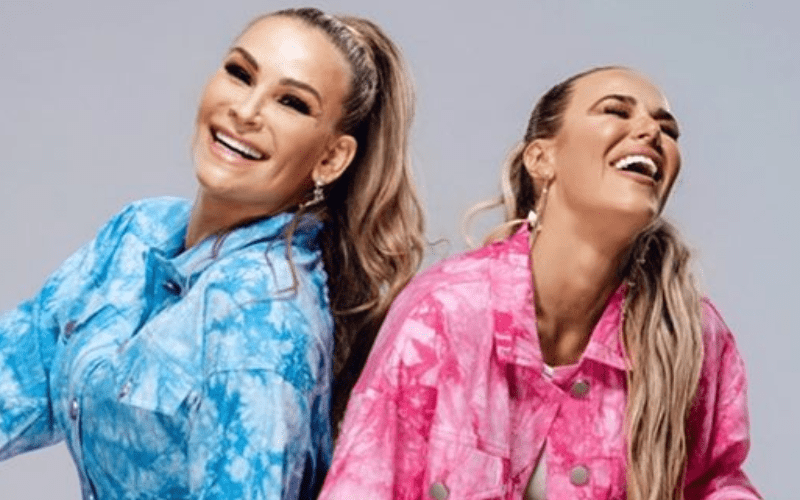 Lana has been getting some attention recently, but it had more to do with a Bang Energy Drink commercial. The Ravishing Russian’s commercial wasn’t the only thing that led to WWE’s third party ban. Please click here for a full report.

Natalya and Lana have been paired onscreen in recent months. Their team had to take a small hiatus when both disappeared from WWE television for weeks, but they are paired up once again.

Lana really wants to wrestle which is a goal’s been working toward for a while. This was also documented during her time on Total Divas. Natalya tweeted out saying that she’s “so happy” to train with Lana. During their time together Lana has shown Nattie how hungry she really is.

I’m so happy I’ve been able to train with you in the ring @LanaWWE. You’ve shown me that you’re hungry and willing to work your a$$ off to rise to the top. I can’t wait for you to keep proving everyone wrong! ESP @MickieJames

Natalya was also quick to throw in a dig at Mickie James who they are currently battling on WWE television. We’ll have to see what’s next for Lana and Natalya, but don’t plan on stopping any time soon.