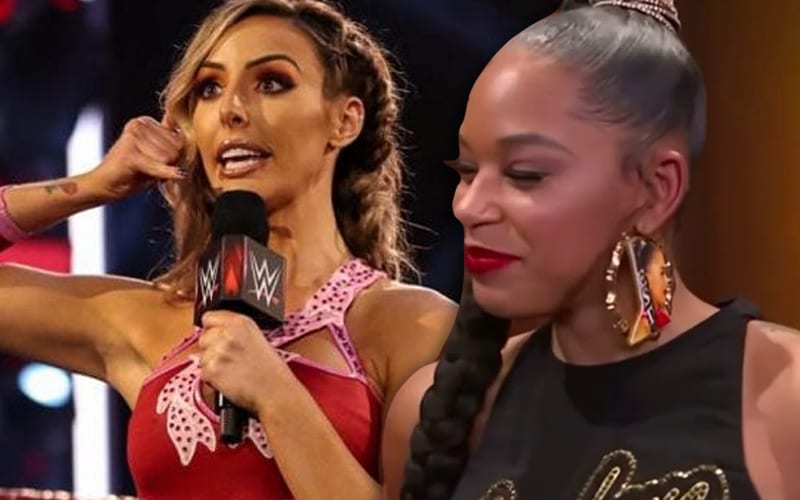 WWE is run by Vince McMahon and he can change his mind on a dime. That being said, he is apparently high on Bianca Belair and Peyton Royce.

McMahon had a phone meeting with the writing team last Friday night as Ringside News exclusively reported. He rejected an insane amount of ideas. Those calls are common with McMahon where little work gets done, if anything, progress is stepped back further.

The Wrestling Observer Newsletter reports that in one of those meetings McMahon went on about how Bianca Belair and Peyton Royce are singles stars.

He did talk forever about how much he loves Bayley and her new persona and that he sees Peyton Royce and Bianca Belair as singles stars.

It’s unclear if Royce as a singles star would mean a breakup for the IIconics. It’s also uncertain what WWE will do to push Royce and Belair. It is interesting to note that Vince McMahon sees something in Royce and Belair as two young Superstars on the roster.

The company needs to continue building for the future. Peyton Royce and Bianca Belair could be two Superstars who see a lot of the spotlight. Then again, this could always be another idea that Vince McMahon forgets about by next week.